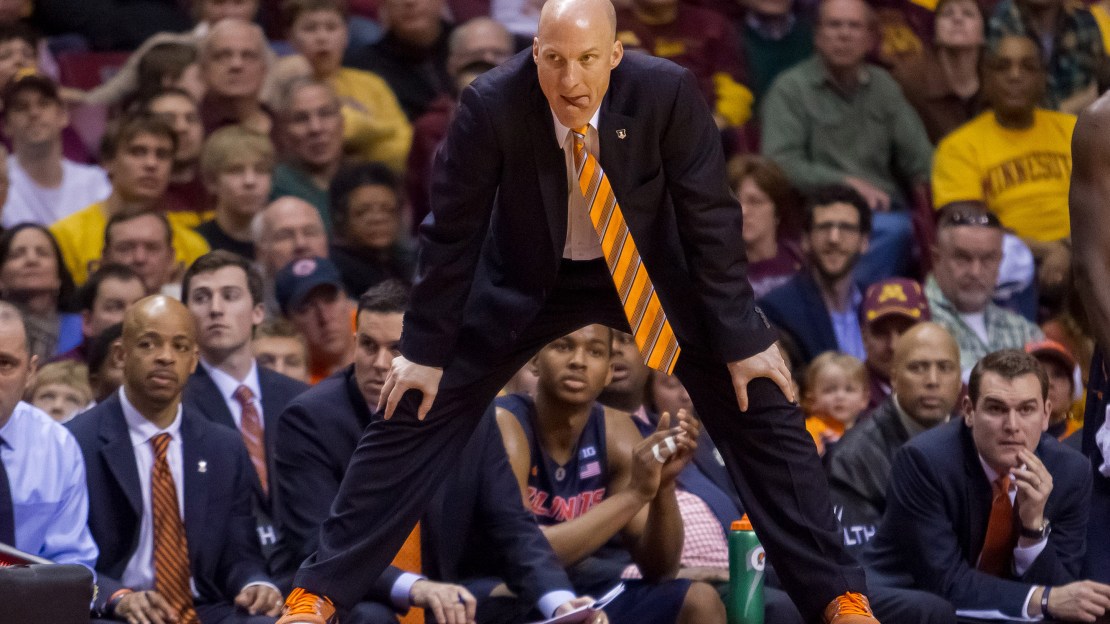 As we head toward Selection Sunday on March 15, Big Ten fans can feel confident knowing that Wisconsin, Maryland, Ohio State and Indiana will be in the NCAA tourney. Iowa should be OK, barring a continued collapse down the stretch. Still, the Hawkeyes have played themselves onto a slope.

?Iowa really should make it as long as it doesn?t get in its own way,? Jerry Palm of CBSSports.com told me today. ?But Illinois, Michigan State, Purdue ? I don?t know if there is room for all three of them in the tourney. I could see two of the three make it, but it depends on what happens around the nation and in the conference tourney.?

So, Michigan State, Illinois and Purdue seemingly have the most on the line down the stretch, as they play for their NCAA lives competing in a Big Ten that looks to be average.

?The Big Ten is no better than third in the nation among conferences,? said Palm. ?The Big 12 and Big East are 1-2. The ACC at the top is significantly stronger.

?The Big Ten is similar to the SEC, where you have one really good team dominating and five or six teams that are good but don?t stand out. Maryland has a nice tourney resume but they aren?t playing that well.?

Here is a look at the four Big Ten schools with the most on the line down the home stretch.

PALM ON THE ILLINI: The win at Michigan State was really big. They have been playing well of late. No shame in losing to Wisconsin. If Illinois can avoid bad losses, they probably will be OK. But they could really stand another good win. At Iowa and at Purdue will be big for Illinois-and for Iowa and Purdue, too. Michigan State?s visit it big, too. Illinois can?t afford to get shutout in those games against other Big Ten bubble teams.

PALM ON THE HAWKEYES: What?s the matter with these guys? A week ago, they are 15-8 and a borderline Top 25 team. They have some nice stuff on their resume. They have done some good things. They have a relatively soft schedule left, but they have to take care of business. Tourney teams beat Minnesota at home and find a way to win at Northwestern. Iowa has to start doing that. Can they afford another loss down the stretch? Maybe. Winning at North Carolina and at Ohio State can cover up a lot of ills. But this is a team that really doesn?t want to sink much further. They went from fairly solid in the tourney to on the bubble in a week.

PALM ON THE SPARTANS: They are on the bubble. Their schedule is tough. They have a lot of road games left. They are only like 2-6 vs. the Top 50. That?s not good. They won at Iowa, that?s good. They have to find a way to beat someone on the road to keep their head above water. If all they do is beat Minnesota and Purdue at home, it's gonna be a very nervous Selection Sunday for Michigan State.

PALM ON THE BOILERMAKERS: Usually a third-place Big Ten team in February would project as a 3 or 4 seed most of the time. But Purdue?s first two months were really mediocre. Now, they are playing better but had to if they wanted to become part of the conversation. When they lost to North Florida and Gardner-Webb, they needed two more conference wins to make up for that. They have to play those off their resume. They have some good wins-N.C. State, Ohio State, IU, Iowa. But if we get to Selection Sunday, and those are still their best wins, they are getting ready for the NIT. That means they have to win one of these road games. They also can?t afford another bad loss. Purdue?s margin for error is really small.