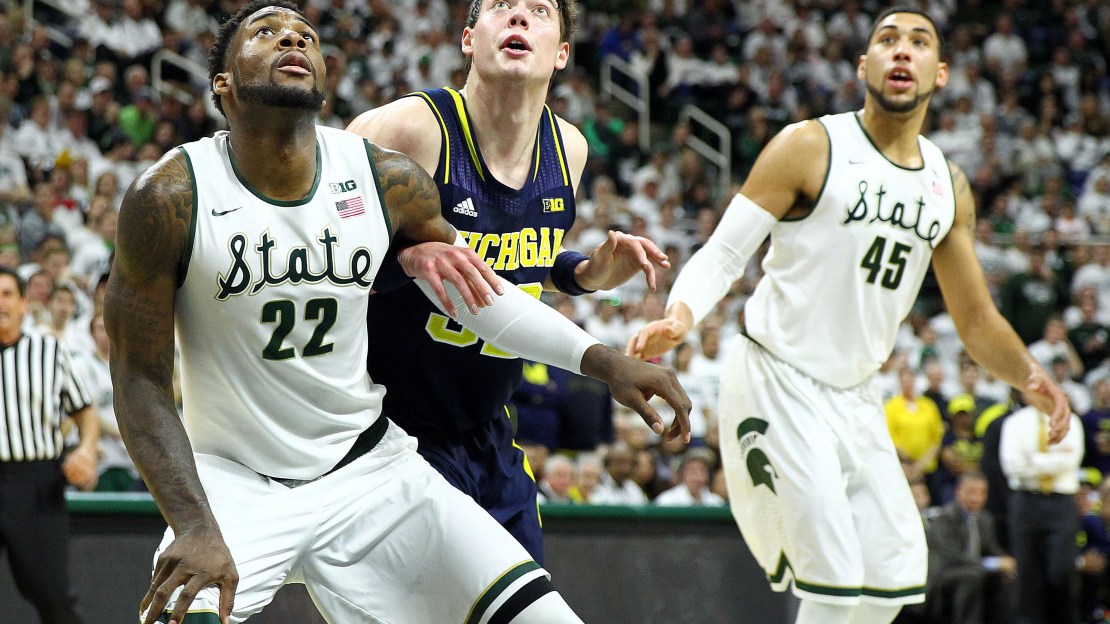 Patrick Chambers created a stir last weekend when he blasted officials after what he felt was a bad call at the end of a home loss to Maryland. Personally, I never think refs cost a team a game. It?s what I like to call an ?excuse.?

Worry about what you can control. After the bad call-and it was a bad call-Penn State still could have played defense and not let Maryland score on a layup. Was that the refs? fault?

And, how about this thought: Don?t put your team in a situation where it can be impacted negatively by a bad call at the end of a game. Don?t agree with me? Well, check out this piece by the great David Jones of Pennlive.com.

What?s not to like about Wisconsin? The Badgers are rolling, winners of eight in a row and in first place with a three-game lead. No one seemingly looks capable of catching Bo Ryan?s crew, which is 23-2 overall and 11-1 in the Big Ten. What can Wisconsin improve at? It could use better production from the bench, says Tom Oates Madison.com. Hey, is this nit-picking? Maybe. You try to find a major fault with this team.

Michigan and Michigan State play tonight. Nothing like a rivalry game-or a recruiting story about rivals. Turns out, Spartans star Denzel Valentine was recruited hard by Michigan. But he says ?I couldn?t go there.? Of course not. His pops played at MSU.

They still are glowing over that win vs. Iowa on Sunday at Northwestern. Why not? It shows how bright the future can be for NU.

InsideNU.com says that star freshman Bryant McIntosh scored 18 points and dished out four assists to just one turnover along with making a bunch of late, clutch free throws. Junior Alex Olah grabbed 13 rebounds, many of which were late in the second half and in overtime. Freshman Scottie Lindsey blocked three Iowa shots and also helped out on the glass, collecting six boards. Sophomore Sanjay Lumpkin arguably took three points off the board for the visitors with two hard fouls in the extra period. Junior Tre Demps hit four threes for 16 points. Sophomore Nathan Taphorn returned from injury to hit an enormous triple in the final minute of regulation.

All of those players, along with some others, will be around for Northwestern next year. And will have to contribute in 2015-16 like they did if the Wildcats want to take the proverbial next step and make the NCAA tourney for the first time ? ever.

You may have missed this. If so, here it is: Illinois has hired a co-defensive coordinator to work with Tim Banks. His name: Mike Phair. His task? Huge, as Illinois was 109th in the nation in total defense in 2014. No word on who actually will call the defense. My guess? Phair. Banks has had his shot. And, look, this is Phair?s first college job in 14 years since he was a linebackers coach and special teams coordinator at Tiffin University, a Division II school in Ohio. The former Tampa Bay Buccaneers assistant d-line coach certainly wasn?t hired to recruit.

With defensive coordinator Pat Narduzzi gone, Michigan State coach Mark Dantonio is expected to be more involved with the defense. Probably not a bad idea. Harlon Barnett and Mike Tressel are co-coordinators.

"He's always been involved," said Barnett.?He has been involved three years at Cincinnati, and eight (seasons) at Michigan State. "We welcome him because he has expertise, he's a national championship defensive coordinator."

As this NJ.com story explains, Jeff Towers would certainly represent an outside-the-box hire. Towers' background is in "marketing, communications and fundraising programs in some of the largest nonprofit organizations in America," according to his LinkedIn profile. He has no known football experience.

This just in: Iowa is consistently inconsistent, according to Rick Brown of HawkCentral.com. Sounds about right.

How can a team win at North Carolina and Ohio State but lose at Northwestern? How can a team destroy Maryland at home but get blown out in the second half by Iowa State and Michigan State?

"You look and say, 'They play great one game and they don't play so well another game,' " Iowa coach Fran McCaffery said. "That typifies our season. That's a challenge for us, to play better and more like we did against Maryland than we did (at Northwestern). But we've had inconsistent stretches at both ends of the floor, and that's unfortunate."

This team is inching toward the dreaded bubble. Ugh.

Speaking of Iowa, it seems football season tickets are a tough sell, according to HawkCentral.com.

"I fully understand why there's unrest," Iowa athletic director Gary Barta said. "None of us are happy with the way things turned out."

Now, the athletic department takes on the challenge of keeping season ticket-holders coming back to Kinnick Stadium. And they do so with data from a survey of Football Bowl Subdivision schools that showed just 64 percent of Iowa's 2014 season ticket-holders who responded were likely to renew.

"In our world, there's nothing more important than the season ticket-holder," said Rick Klatt, Iowa's associate athletics director for external relations. "We're committed to doing all we possibly can to keep them engaged. We need their help to kick-start the momentum."

Nebraska athletes have access to funds to take care of incidentals like books or parking permits. Pretty sweet.

Amelia Rayno of the Star Tribune notes that Minnesota?s rebounding issues at IU on Sunday show how much work the team still has to do.