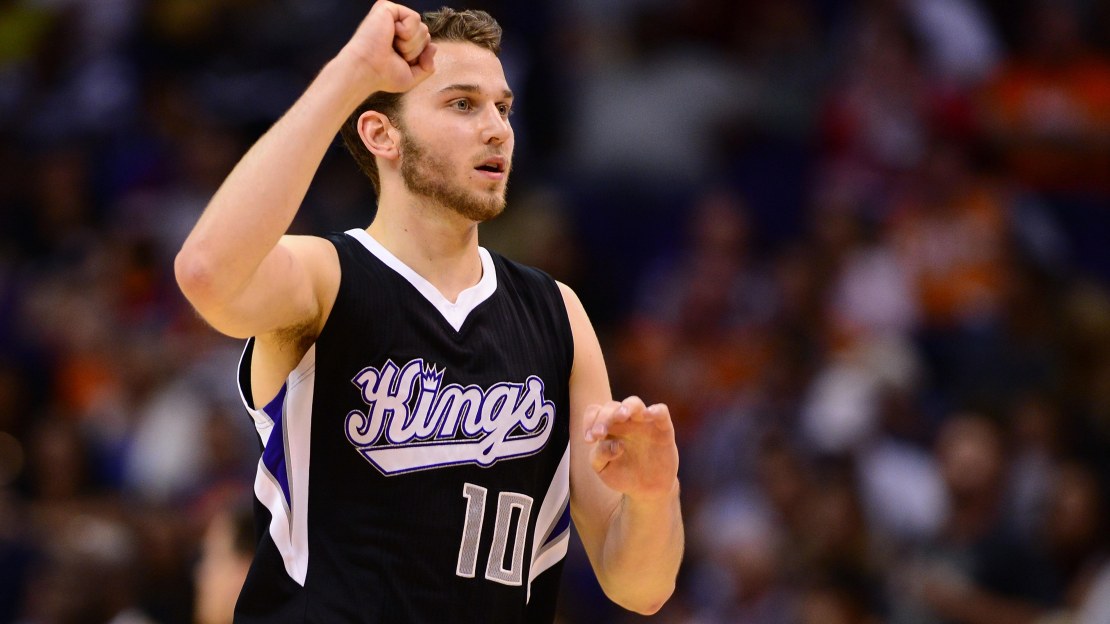 I'll be in Ann Arbor tomorrow to see my bros beat up those dudes from East Lansing. Can't wait to see you guys there! #GoBlue

The best part of this year's week-long NBA All-Star break? The fact it provides former college stars with more opportunities to go back to campus.

They'll be another former Big Ten Player of the Year at Tuesday night's Michigan State-Michigan game.

Nik Stauskas (2014), a rookie with the Sacramento Kings, announced Monday on Twitter that he will be cheering on the Wolverines.