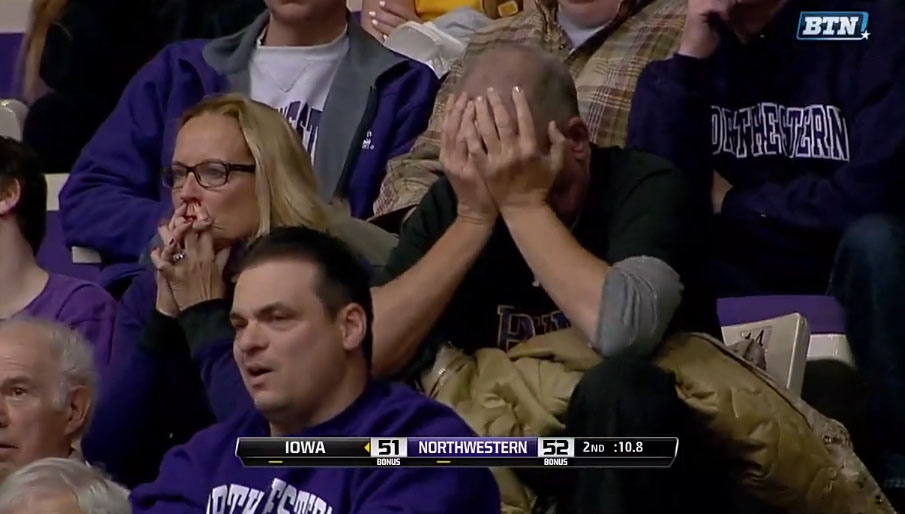 Coaching, no doubt, is frustrating and stressful. It's nothing compared to watching your son coach.

Collins, the former NBA coach and father of Northwestern coach Chris Collins, was a nervous wreck in the final moments of regulation, and the BTN cameras caught much of it. Collins couldn't sit still. At times, he couldn't even watch, putting his head in his hands.

So is the life of the father of a coach whose team has no shortage of agonizing defeats this Big Ten season.

Those were Collins' reactions with Northwestern clinging to a lead late in regulation. How did he handle watching Jarrod Uthoff hit an off-balance 3-pointer to force overtime? We have that in the video above.

Turns out, there was no need to stress. Northwestern took control in overtime and snapped its 10-game losing streak with a 66-61 win.

It was a nerve-racking afternoon for Doug Collins. Good news: In the end, he and @NUMensBball got to celebrate a win. pic.twitter.com/TYLS7ODuKX

After all the close losses, this one had to feel really good for @coach_collins. pic.twitter.com/5yySf7I5n7