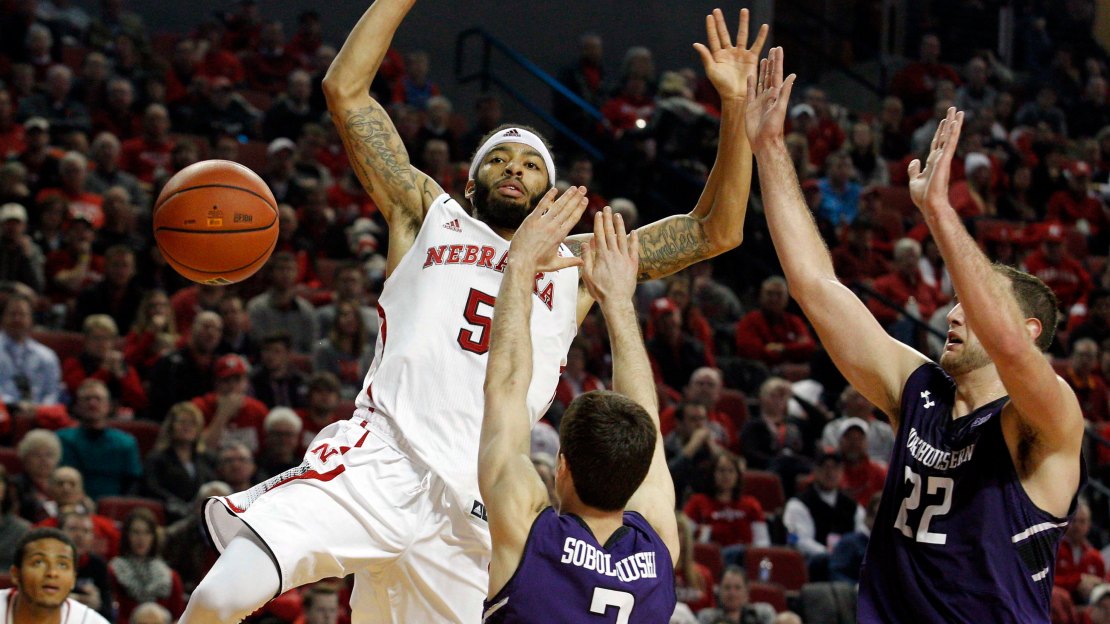 (AP) — Nebraska's Terran Petteway said Friday he hasn't been himself on the basketball court lately because he's worried about his mother, who is undergoing treatment for cancer in Texas.

Petteway is the third-leading scorer in the Big Ten at 18.9 points a game, but he's been prone to mistakes and has been a target for fan criticism for his body language during games.

"I'm pretty sure you guys have been wondering why I've been playing the way I have, kind of looking down," Petteway said at a news conference in Lincoln, Nebraska. "It's about my mom. She's like really sick right now. She's battling cancer. That's been the thing that's been weighing on me this whole season. I just didn't know how to handle it at first."

Joetta Petteway, who lives in Galveston, Texas, was diagnosed with a rare form of soft-tissue cancer in 2013 and was in remission by the spring of 2014. She has had a recurrence and is being treated with chemotherapy.

Petteway has sometimes reacted emotionally to officials' foul calls, and he shouted at coach Tim Miles going into a timeout in Tuesday's loss to Wisconsin. After the game he complained about the officiating.

Petteway, who scored 23 points and had eight rebounds against Wisconsin, on Wednesday offered to step down as team captain.

"I felt I was being selfish, and I felt like I was letting them down," he said.

Miles met with Petteway on Wednesday and rejected his idea to give up his captaincy. Petteway met with his teammates Thursday to let them know about his mother and, at Miles suggestion, spoke to reporters Friday.

"The kid is getting beat up in the message boards. He's getting beat up here, there and the other way, and unnecessarily," Miles said. "I wanted to talk (Friday) just to defend him, but you're at the mercy of what he wants to talk about, too."

Last season, Petteway led the Huskers to their first NCAA tournament since 1998. But Nebraska (13-11, 5-7) now sits in 10th place in the Big Ten after losing four of its last five games. Other than an increase in his turnovers and his habit of getting into foul trouble, Petteway's performance has been as good statistically as last season, when he was an All-Big Ten pick.

But he has struggled at times, all but disappearing in a road loss at Michigan last month and going cold against Penn State last Saturday. Miles said the Wisconsin game seemed to be a breaking point.

"He felt like he wasn't connecting with his teammates the way he has (previously)," Miles said.

Petteway said he felt relieved after talking with his teammates, and Miles said he already has seen a difference in him.

"Every time we went into a film room or meeting, Terran would be shaking his legs, anxious," Miles said. "Yesterday he looked like he needed a nap (after talking to teammates). He looked relaxed and comforted, and I think we're figuring that all out now. And we're praying for Joetta."

"Cancer, as we've seen with Chris and Avery, is such a difficult thing," Miles said. "Terran, we kept it among ourselves and you could see frustration and behavior, and it was getting more difficult for him."