Patrick Chambers goes off on officials after loss to Maryland 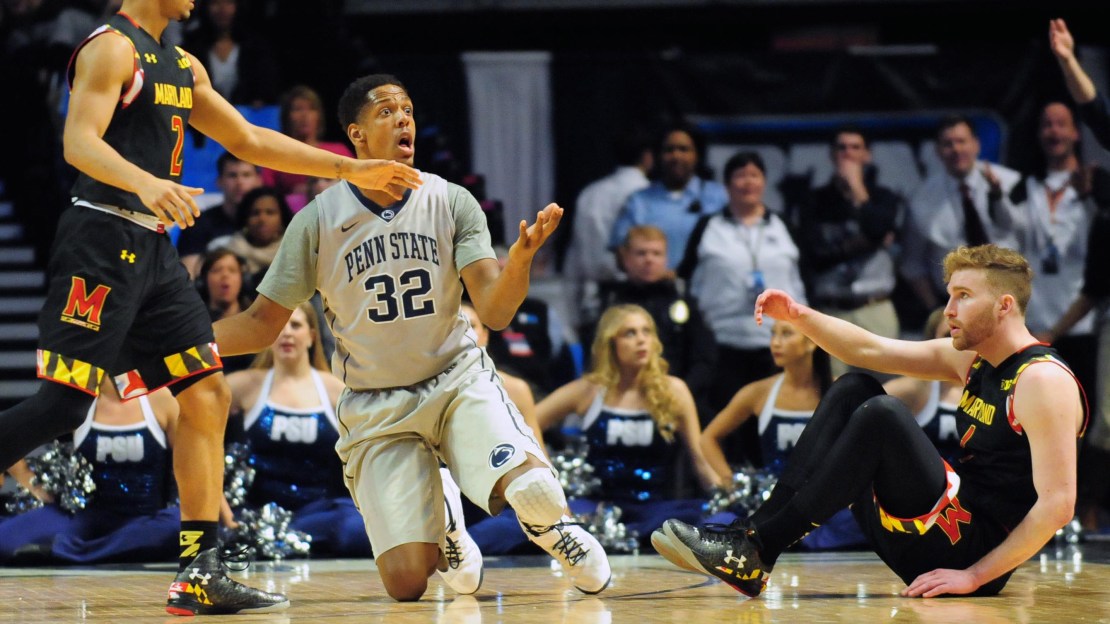 Following Saturday night's 76-73 loss vs. No. 19 Maryland, Chambers was irate about an offensive foul called with 1:50 left in a game.

The Terrapins led, 70-68, when Penn State center Jordan Dickerson set a screen and appeared to be pulled down by Maryland forward Evan Smotrycz. However, officials whistled Dickerson for an offensive foul–his fifth of the game. Maryland subsequently scored on a layup to push its lead to four.

?That was the worst call I've ever seen in my entire life,? Chambers said after the game. ?They're pulling Jordan Dickerson down.

?First of all, time and score. [The referee is] too young. He doesn't have a feel for the game. He shouldn't call that foul. That's one. Two is, [Geno Thorpe] back cut it, he went down the middle. He didn't even use the screen. And [Dickerson] got pulled down, and they call a foul on him??

?It makes no sense,? Chambers said, again in reference to the foul call on Dickerson. ?And if I didn't complain, Newbill would have never got to the foul line. Because Trimble gets there 12 times, and he's a freshman, and he's on the road. It's a joke. It's a joke the way we're officiated. It's disappointing.?

To Chambers' credit, he also said, "We got to take the refs out of the game, and we didn't," so he knows he and his team were accountable for the loss, as well.

This isn?t the only time Chambers has had issues with the officials this season.

Chambers blasted officials after he felt calls went Michigan State?s ways in a game at East Lansing on Jan. 21. In a 66-60 loss, Chambers was slapped with a technical for arguing with referees. He felt the calls were one-sided in the final five minutes of the game, intimating that his lack of tenure and the fact Penn State isn?t a ?name? program played a role in calls going against his team.

Against the Spartans, Chambers was assessed a technical with 3:41 left in a two-point game. That helped ignite a five-point Michigan State run that basically iced the game for the Spartans. Chambers outburst came after three non-shooting fouls were called on Penn State in the span of less than a minute.

"There was three straight calls against us that were not called all game," Chambers said. "And I never want to say it's the refs, because they're good guys, they try their best, but I just think people look at Penn State very differently. I'm a little tired of it, and I didn't think it warranted a tech, but that's his discretion, that's fine."