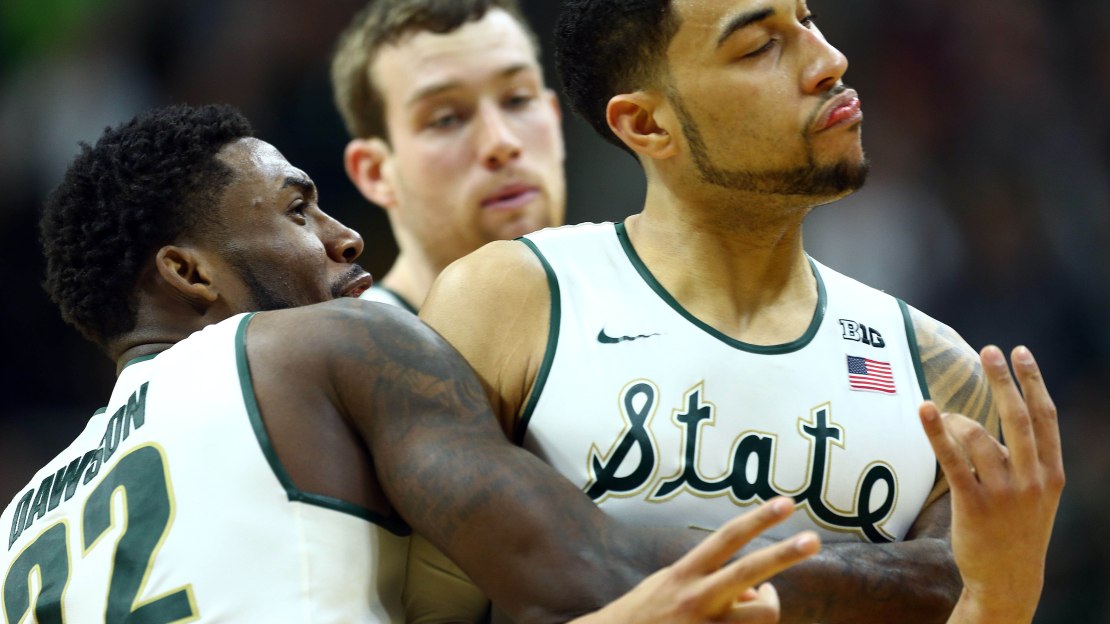 It's his day. Valentine's Play. Heartbreaker.

There were so many puns following Denzel Valentine's game-winning triple in the final seconds to lift Michigan State past No. 21 Ohio State on Sunday, and rightfully so. It is Valentine's Day, after all.

Valentine drained the clutch 3-pointer with 3.2 seconds remaining, and the Spartans denied the Buckeyes a potential game-tying attempt to record their first win over a ranked opponent this season.

Valentine had a pretty good day before draining his fifth trey, as he finished with a game-high 17 points, on 6-of-10 shooting, and added three assists and two steals.

Here's another angle of Valentine's game-winner:

And check out some of the Valentine puns on Twitter:

Have yourself a day, Denzel Valentine! (Pun. Freaking. Intended.) pic.twitter.com/yA5Qk3Kbyw

Denzel Valentine on his day. I know it's cheesy, but still …

It's Denzel Valentine's Day! (Couldn't resist.) Valentine buries a game-winning 3 for Spartans vs No. 23 Ohio State with :04 to play.

With Michigan State's Denzel Valentine hitting the game winner vs Ohio State today, I would to with this headline: VALENTINE'S PLAY