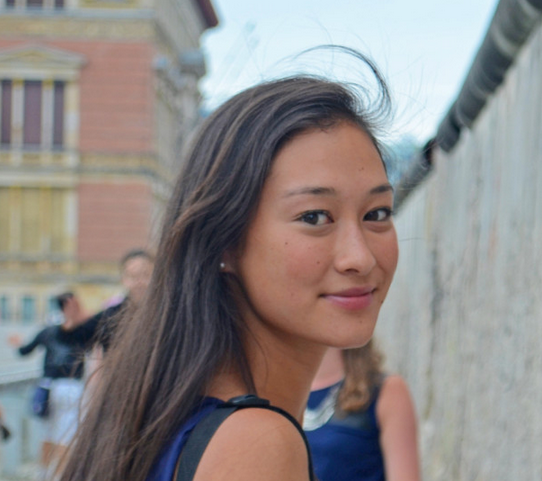 Although it?s a holiday centered on love, Valentine?s Day tends to inspire those kinds of feelings too. And Northwestern University student Kalina Silverman can relate to those emotions.

Silverman, 20, came to Northwestern a few years ago from the sun and surf of Santa Monica, Calif., because she wanted ?get out of her comfort zone? by living somewhere completely different from the place she grew up. She was also interested in journalism and knew Medill was one of the best schools in the country for that field.

However, excitement at starting the next chapter of her life quickly gave way to feelings of anxiety, uncertainty and doubt. The dramatic change of environment suddenly seemed daunting and stressful.

?When I first came to Northwestern, I was really scared and lonely,? she said. ?I felt like I didn?t fit in. At the time, I thought I?d made a mistake.?

Fortunately, she found friends a few weeks into her freshman year. She bonded with one of them over their respective biracial backgrounds - Silverman is half-Jewish, half-Chinese - and they eventually co-founded the Mixed Race Student Coalition, or MIXED, to provide an outlet for people who identify as belonging to more than one race. However, she?s quick to point out that having parents of different races is not a requirement of membership.

?Everyone?s kind of mixed in some way,? Silverman said. ?We are united by our differences.? 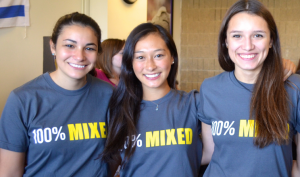 MIXED, which was officially recognized by Northwestern?s Multicultural Student Affairs in July 2013, hosts social and academic events, forums and community support initiatives. One of these is ?Loving Week,? which takes place later this semester.

A double entendre, Loving Week refers not only to the emotional ideal, but also to the monumental Loving vs. Virginia decision. Understandably, members of MIXED want to educate people about and celebrate the U.S. Supreme Court?s ruling in 1967, which banned legal prohibitions on interracial marriage.

Thanks to friendships she?s made and experiences like starting MIXED, Silverman now sees her time at Northwestern as life-enriching and invaluable.

?The saying goes, ?You can only connect the dots when you look backwards,?? she said. ?The most rewarding part of my experience at Northwestern was being involved in creating a community and a space where like-minded people could come together. It?s been like seeing a baby grow up.?

[btn-post-package]Silverman, who graduates in December, is now turning her attention to life after college. It?s difficult for her to explain exactly what she?ll do, because her perception of the very concept of a ?career? is so unconventional. But one indication of what the future holds for her is an online video series called Big Talk that she recently started as a ?social experiment,? one aimed at revealing our common humanity by asking strangers from all walks of life about profound subjects.

Two factors led Silverman to create Big Talk: The first was that Silverman wanted to combine her many interests and experiences - journalism, making connections, modeling, humanitarian work - into a single endeavor.

The second reason is that despite the fact that people have more avenues to make connections than ever before, many of them feel the same sort of emotional isolation she experienced as a forlorn newcomer at Northwestern. In a lot of cases, it?s because they?re adopting a persona (whether online or in person) instead of being authentic and vulnerable.

?Everyone?s having so many different experiences in college and they?re involved in so many things, but there?s not much depth,? she added. ?The interactions are often shallow.?

Since launching Big Talk last fall, Silverman?s videos have gotten thousands of views on YouTube and received high-profile coverage from USA Today and The Huffington Post. But she insisted that it caught on not because it was a truly novel approach, but rather because it spoke to a fundamental human need.

?It?s about finding deep connections and love everywhere,? she said. ?It?s a simple idea. I think that?s why it?s so powerful. It sounds clichéd, but love is all that matters in the end.?