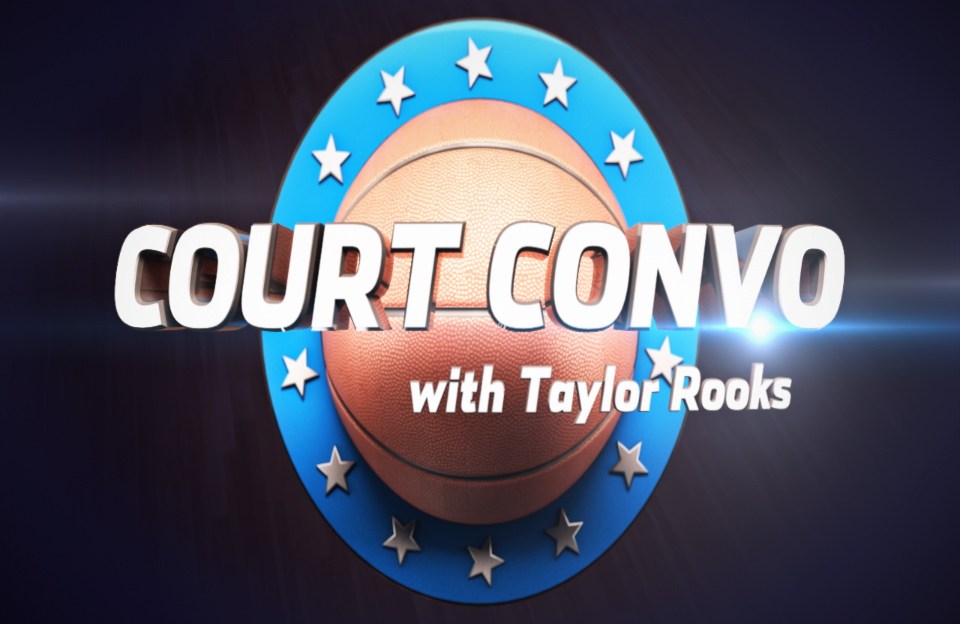 With more than 200 women?s basketball games airing on BTN & BTN2Go and BTN Plus, Kristen Hayman, web video producer for BTN.com, wanted viewers to learn more about some of the conference?s standouts. She?s created and produced a new series of interviews called ?Court Convo.? Hosted by BTN's Taylor Rooks, the show introduces a lighter way for fans to engage with these student-athletes.

BTN Extra Points sat down with Kristen to learn more about her job, how she came to BTN and how she came up with the idea of the ?Court Convo? project.

Extra Points: How long have you worked at BTN?
Kristen Hayman: I graduated from MSU in May 2011 and began working for BTN Aug. 8, 2011. I am the first BTN Student U graduate to obtain a full time position with Big Ten Network.

EP: What does your job entail day-to-day?
KH: As a web video producer for BTN.com, my job entails repurposing, editing and distributing daily television show segments for BTN.com and BTN2GO; delivering video assets to outside vendors and content partners, including on-demand cable providers; and cutting "Did You See This?" clips and delivering them to social media outlets such as Twitter, Facebook and BTN.com. I also produce the daily Big Ten Blast updates that air on TV and online during football season.

EP: Why this project?
KH: I have been wanting to create and produce original video content for BTN.com since I started working for the New Media Department. And when I thought about it, I wanted to increase the women?s basketball coverage on our site. When I was younger and a Brownie (w/the Girl Scouts), my troop attended some games of the Detroit Shock, the WNBA team in Auburn Hills, Mich. It was an experience that left us feeling strong and empowered. I remember watching NBA Inside Stuff co-hosted by Ahmad Rashad and Summer Sanders and seeing all-access interviews of WNBA stars like Lisa Leslie and Sheryl Swoopes. Those fun interviews forced me to get to know those players and got me excited to see them play. I want that feeling back and I want other young women to get excited to watch women play basketball like the masses often do for the men.

EP: Why now?
KH: Now was the perfect time to create Court Convo because the New Media department has matured so much in the last 3-4 years. We now identify ourselves as the Digital Media department. After we took ownership of producing the Big Ten Blast segments for TV and Internet distribution, and shooting video with the flash-cam, our department has started developing more creative ideas for original content for the site. Along with flash-cam projects came social media talents like Taylor Rooks, who brings a young and fresh energy to stories we want to tell.

EP: How has the project been received?
KH: So far the feedback has been positive. The athletes we?ve already interviewed have said they had fun during the conversations with Taylor and they appreciated our wanting to help tell their story. I have also been told by peers that the concept of mixing sports talk with lighter, personal questions was a great idea. I'm excited to see how the show evolves in the near future. It can only get better from here.

EP: What have you learned while doing the interviews?
KH: While making this show happen, I learned a lot about myself and what it takes to put a show together. When you make a project less about yourself and more about the subject and their stories, beautiful things start to happen. Keeping the conversations organic has lead us to fun, laugh-out-loud moments that viewers can enjoy and recall later. Having fun and creating memorable moments is key.

BTN will air three games on Saturday including a 12 PM ET game between Purdue and Rutgers, the 2 PM ET matchup between Northwestern and Michigan, and at 4 PM ET, Ohio State and Illinois.