Indiana Spring Preview: Our early look at the Hoosiers in 2015 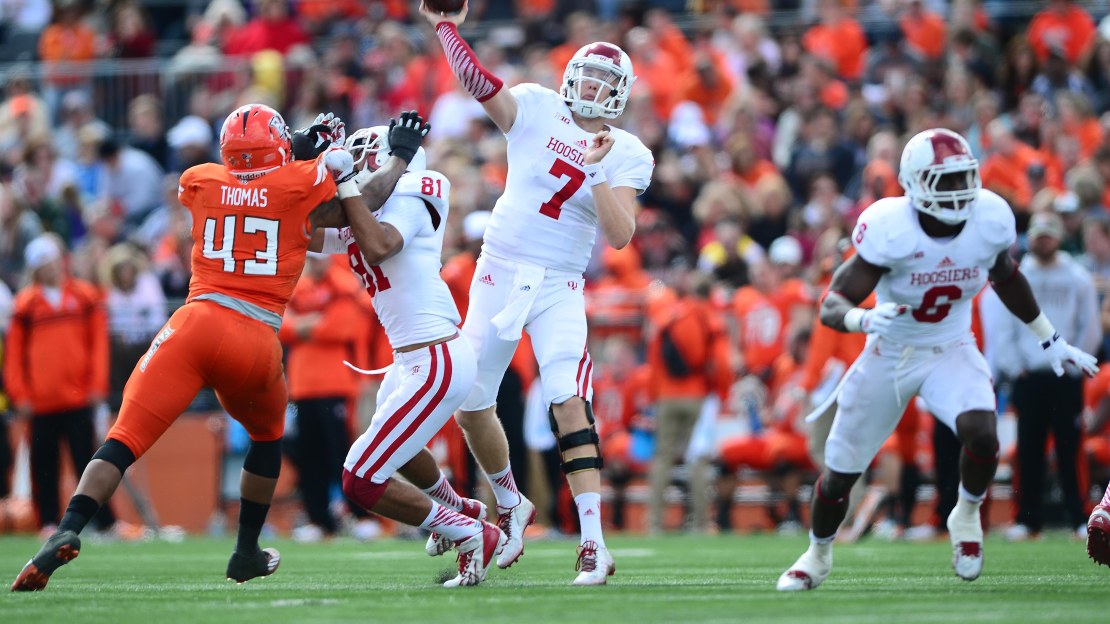 The work continues in Bloomington for Kevin Wilson, who enters his fifth season on the job still in search of a bowl appearance. In fact, the Hoosiers haven't been to the postseason since 2007. Before that, Indiana's last bowl game was in 1993.

Despite the lack of success, Wilson and his staff continue to recruit well. And, that talent could begin to payoff in the form of more wins in 2015, as the Hoosiers welcome back a lot of veterans.

We're rolling these team-by-team stories over the next few weeks. Also, here's a look at some previous Big Ten football previews stories.

1. Get QB Nate Sudfeld up to speed and back on track. How is his health? He was lost for the season to a shoulder injury suffered at Iowa on Oct. 11, missing the last six games. The Hoosiers need the 6-5, 230-pound senior to show no ill effects from the injury as he works with a receiving corps that suffered some turnover and will be looking for targets like Simmie Cobbs, Jr. and J-Shun Harris to step up into bigger roles along with Dominique Booth. All three are sophomores. This passing game needs to get on track after ranking last in the Big Ten in 2014 (141.4 ypg).

2. Acclimate RB Jordan Howard. Tevin Coleman and his 2,036 rushing yards in 2014 are gone, as he declared for the NFL draft after finishing seventh in Heisman voting. No one can be expected to single-handedly replace the production of an all-time Indiana great. But the 6-1, 228-pound Howard is a nice starting point. He'll be immediately eligible after transferring from UAB, which dropped its program. A junior, Howard finished seventh nationally in rushing last season, averaging 132.3 yards per game. He finished with 1,587 yards and 13 touchdowns en route to notching first-team Conference USA honors. Howard had 2,468 yards rushing in two seasons at UAB.

3. Button up the defense. Coordinator Brian Knorr is entering his second season on the job. And his unit needs to show improvement. Knorr installed a 3-4 scheme in hopes of plugging myriad leaks that seem to plague this unit annually. Alas, the results were largely the same in 2014. The Hoosiers ranked No. 13 in scoring defense (32.8 ppg); No. 11 in total defense (433.3 ypg); No. 10 in rushing defense (182.7 ypg); No. 14 in pass defense (250.7 ypg); No. 11 in sacks (23). Knorr will have lots of veterans. It's time to stop the bleeding. The Hoosiers don't need a steel curtain defense; they just need to become average. It needs to begin happening in the spring.