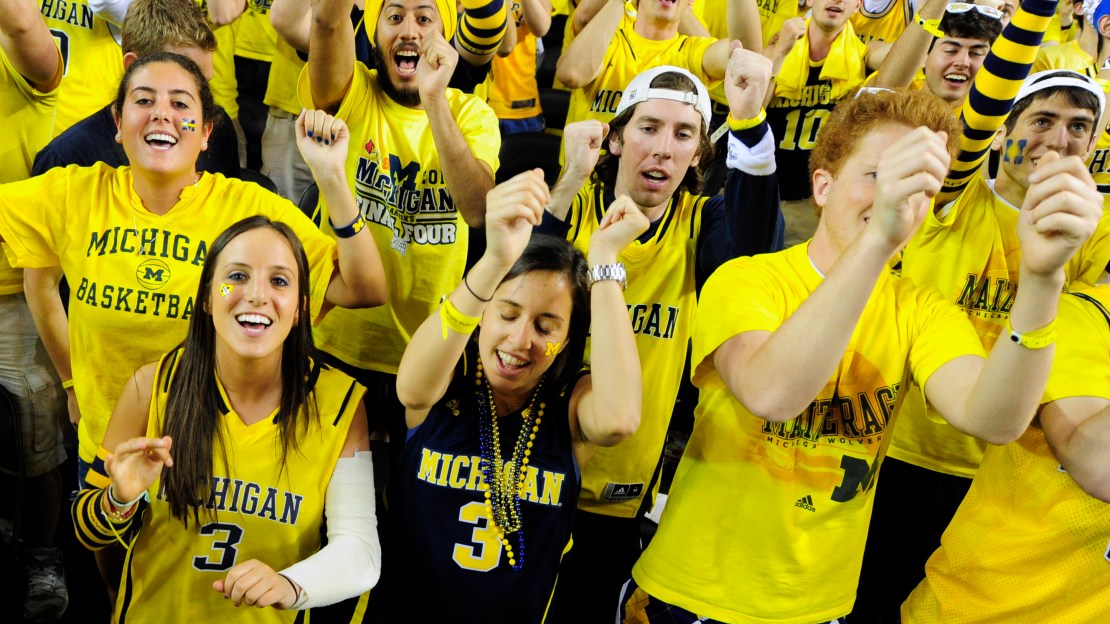 Hey, you have to hand it to Michigan coach John Beilein, who says making the NCAA tourney is still his goal. Then again, what else is he supposed to say? Exactly.

I have made my affinity for Iowa well-documented. In fact, I think the Hawkeyes are the second-best team in the Big Ten. And Lee Barfknecht of Omaha.com also likes Iowa. That makes me feel good. Great minds think alike, right?

More Iowa: Hawkeye boss man Fran McCaffery doesn?t care what people think in the aftermath of the ?Eye poke-gate? that has engulfed Iowa big man Adam Woodbury. Watch for yourself in this video. McCaffery makes it very clear where he stands as he talks to local media this week.

And that leads me to this: Minnesota plays at Iowa tonight. And Gophers big man Mo Walker says he'll "be on the lookout for some fingers coming towards my face."

It seems ESPN college hoops analyst Dan Dakich believes every fan base thinks he hates them. On that note, Dakich had an entertaining Twitter exchange with the mayor of Champaign recently.

Boy, it seems like Dakich is in the news a lot for a guy who just watches and talks about games.

Tom Crean has his team aimed for an NCAA tourney bid. Still, IU lacks size. And depth is spotty. That?s why IU has added Hoosiers TE Jordan Fuchs. I like this.

Fuchs was a pretty good hoopster as a prep-but I doubt he plays much. If he does, the Hoosiers will be in real trouble.

"Jordan is someone we've been aware of for some time now and had he not gotten injured in the Purdue game and had to recover from that we would have brought over to evaluate earlier," Crean said in a statement. "We worked with him since last week and with coach Wilson's blessing we are adding Jordan at this time. He has considerable basketball experience and brings size, athleticism, toughness and a tremendous competitive attitude."

Some in East Lansing may be wondering if the Michigan State defense is headed for a decline with the departure of coordinator Pat Narduzzi to Pitt to be head coach. But new co-coordinators Mike Tressel and Harlon Barnett scoff at that notion.

I do, too. Yes, Narduzzi was a smart coach and passionate personality, but don?t underestimate Tressel and Barnett. Even more to the point: The Spartans still have plenty of talent. And, talent trumps coaching any day of the week.

Ohio State is coming off a national championship, but holes must be filled. Among the big ones: Receivers Devin Smith and Evan Spencer gone.

"That's a lot of production that just walked out the door and is gonna be playing on Sundays," Buckeye wideout coach Zach Smith said. "So now I gotta replace that production with young guys who haven't stepped into that role, who need to step into that role. It's a vicious cycle. You're trying to piece together who's gonna be that guy who steps up that production so we don't miss a beat."

Don?t weep for OSU, which has guys in the wings like Jalin Marshall, Michael Thomas and Dontre Wilson.

So, why did Ralph Friedgen step down as offensive coordinator at Rutgers?

"This would have been my 45th year of coaching and contrary to some of the reports that have come out, which I really don't appreciate because I'm not on my deathbed, you know, I'm not leaving for health reasons. And all you do is worry my family and my friends about that. I think it's kind of irresponsible to put that out," Friedgen said Tuesday, a day after news broke of his expected retirement

The Fridge will remain as an advisor to Rutgers coach Kyle Flood. New OC Ben McDaniels takes over the Friedgen?s headset. McDaniels is known as a ?technique freak.? I?m guessing he wears a visor.

That?s all well and good. But, I know this to be true: any coach?s ?techniques? work a lot better with good players. Sports are about players ? not schemes and techniques.