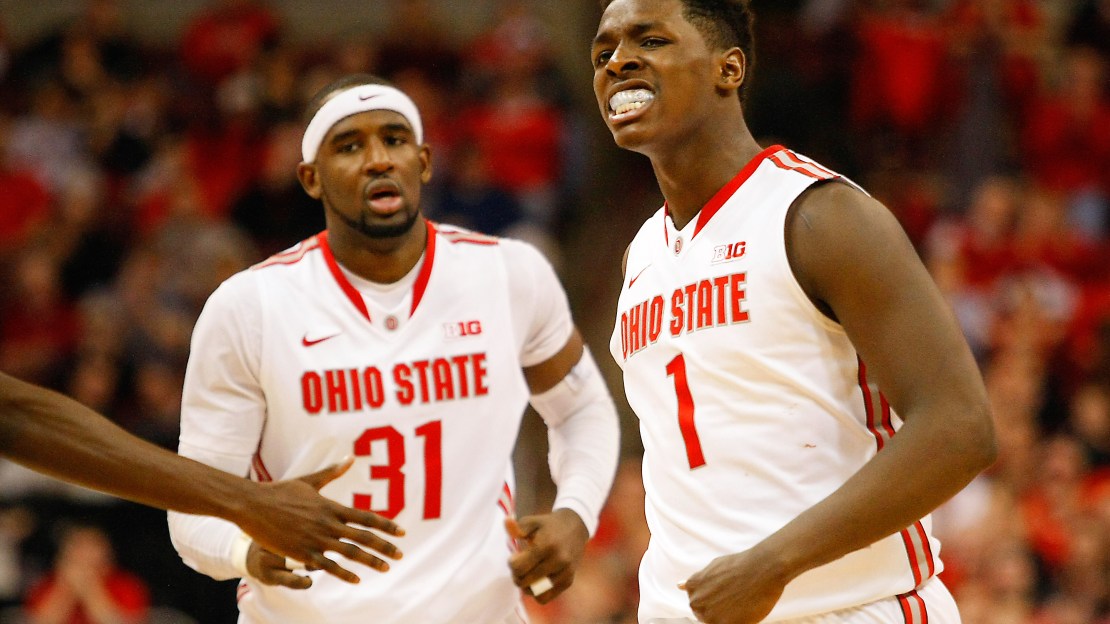 The Big Ten race is hitting the home stretch, and one thing is clear: Wisconsin is primed to run away with the title.

No shock. The Badgers are 9-1 in the Big Ten. Every other conference squad has at least four defeats.

After Wisconsin, how will the rest of the league race shake out, as Maryland, Ohio State, Indiana, Purdue, Iowa, Michigan State and Illinois jockey to polish resumes for inclusion in the NCAA tourney?

Here?s a breakdown. And when the bracket is revealed in March, I expect to see six Big Ten teams: Wisconsin, Maryland, Iowa, Indiana, Ohio State and Illinois. Sorry, Michigan State and Purdue.

MARYLAND
Record: 19-5; 7-4
Issues: The Terps have spotty perimeter defense and their post play has lagged. This team also has one of the worst assist/turnover ratios in the league.
Big games left: Indiana; Wisconsin; at Nebraska
Quality wins: Arizona State*; Iowa State*, at Oklahoma State; at Michigan State; at Purdue; Michigan State
Bad losses: none
Skinny: Maryland has many good wins-and some on the road–countered with no clunker losses. Still, it has been almost a month since the Terps had back-to-back victories. But Maryland looks primed to make the NCAAs.
NCAA hopes: Ascending

OHIO STATE
Record: 18-6; 7-4
Issues: This team?s seniors have not contributed as expected. A reliance on freshmen could prove troublesome down the stretch.
Big games left: at Michigan State; Purdue; Wisconsin
Quality wins: Illinois; Indiana; Maryland
Bad losses: none
Skinny: The Buckeyes did little in the non-conference and have no good road wins but seem to be hitting their stride, thanks to the play of freshmen D'Angelo Russell and Jae-Sean Tate. This team has learned how to play defense and has developed depth. Thad Matta can coach, plain and simple.
NCAA hopes: Ascending

IOWA
Record: 15-8; 6-4
Issues: This isn?t a great shooting team, especially from 3-point range (12th in Big Ten).
Big games left: at Nebraska; Illinois; at Indiana
Quality wins: at North Carolina; at Ohio State; at Minnesota; Ohio State; at Michigan; Maryland.
Bad losses: none
Skinny: The Hawkeyes have as many good wins as any Big Ten team-especially on the road. Plus, they have no ugly losses. Iowa could end up finishing second, as it has a light remaining schedule. This team will be in the Big Dance.
NCAA hopes: Ascending

MICHIGAN STATE
Record: 15-8; 6-4
Issues: This team is horrible at shooting free throws, ranking last in the conference. And MSU is 13th in the Big Ten in turnover margin.
Big games left: Ohio State; at Illinois; at Wisconsin; Purdue; at Indiana
Quality wins: at Iowa; Indiana
Bad losses: Texas Southern
Skinny: There are a few good victories for Tom Izzo?s club. And there are some ?good? losses to the likes of Duke, Kansas and Notre Dame. The Spartans have five more ?big? games to impress. It?s gonna take a strong finish to avoid missing the NCAA tourney for the first time since 1997.
NCAA hopes: Descending

ILLINOIS
Record: 16-8; 6-5
Issues: This team isn't strong on the glass, ranking 10th in rebounding margin.
Big games left: at Wisconsin; Michigan State; at Iowa; at Purdue
Quality wins: Baylor*; Maryland; Purdue; at Michigan State
Bad losses: none
Skinny: The Illini are appearing in mock brackets and have a resume of ?quality? wins that can match most Big Ten clubs. This team appears to be hitting its stride-and it?s doing so without top player Rayvonte Rice. The Illini just may make the NCAA tourney.
NCAA chances: Ascending