Big Ten Whiteboard: It's a big week for first-place Wisconsin 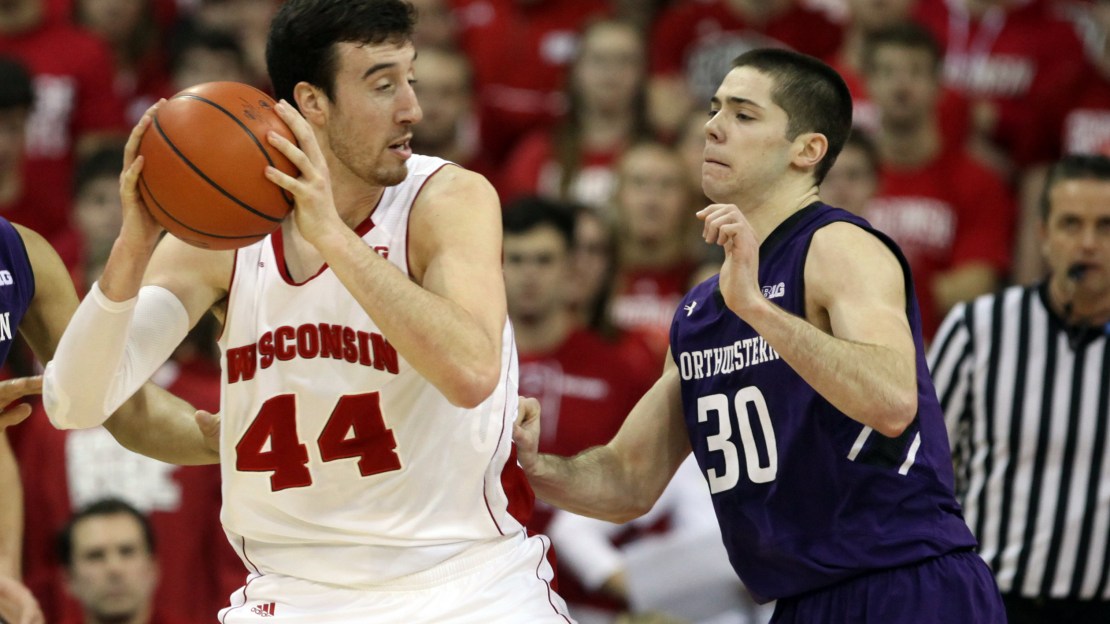 Will anyone catch Wisconsin? That's the emerging storyline as the Big Ten race enters its final month.

Here is a look at what to keep an eye on this week.

GAME OF THE WEEK: Ohio State at Michigan State, Saturday. This is the only meeting of the season between these teams, both of which have four Big Ten losses. And it will be an important one for teams looking to bolster their NCAA resumes and to stay within shouting distance of first-place Wisconsin, which has just one Big Ten defeat. The Buckeyes have been playing well of late, winning four of their last five games. A commitment to defense has paid off. The Spartans have been plagued by inconsistency, getting beaten at home by Illinois on Saturday and going 3-3 in their last six games. Maryland also has won in East Lansing, and MSU needed overtime to top Northwestern and Michigan in the Breslin Center.

DON?T OVERLOOK THIS GAME: Indiana at Maryland, Wednesday. This is a key clash between teams fighting to stay near the top of the Big Ten standings. Each squad is 7-4 in the league, tied for second with Ohio State and Purdue and just a half-game in front of Michigan State and Iowa. Each team can score; neither plays great defense, so this should be a fun tilt with lots of points. The Hoosiers beat the Terrapins, 89-70, earlier this season in Bloomington.

MUST WIN: Minnesota at Iowa, Thursday. The Hawkeyes are suddenly hot, winning two in a row after a three-game slide. And if they want to stay in the hunt, they must protect their home court. The schedule lightens appreciably in the back half of the season for the Hawkeyes. The Golden Gophers have some mojo, winning two in succession coming into this week. Iowa won in the Twin Cities earlier this season, 77-75. Michigan State and Wisconsin are the lone Big Ten teams to win in Carver-Hawkeye Arena this season.

BEST INDIVIDUAL MATCHUP: I am looking forward to watching the point guard excellence in the Indiana at Maryland game on Wednesday, with Yogi Ferrell locking up with Melo Trimble. Ferrell, a junior, is No. 6 in the Big Ten in scoring with a 16-point average. Trimble, a freshman, is No. 8 with a 15.4 average.

UPSET ALERT: Wisconsin needs to be careful when it wades into Nebraska on Tuesday. Yes, the Cornhuskers have been one of the league?s disappointments this year, going 13-10 overall and 5-6 in the Big Ten. The offensive struggles of Tim Miles? crew are well-documented, as the Huskers have lost three of four. Still, Nebraska has been strong at home in conference play, going 5-1. The lone loss was to Indiana. Since then, the Cornhuskers have won five in a row at Pinnacle Bank Arena.

BIG WEEK: Wisconsin. The Badgers are threatening to run away and hide with the Big Ten title, boasting a 9-1 conference mark. Every other conference club has at least four defeats. Wisconsin plays at Nebraska on Tuesday and plays host to pesky Illinois on Sunday. Now isn?t the time for the Badgers to grow complacent. These are two dangerous games that could threaten Wisconsin?s lead in the Big Ten race.