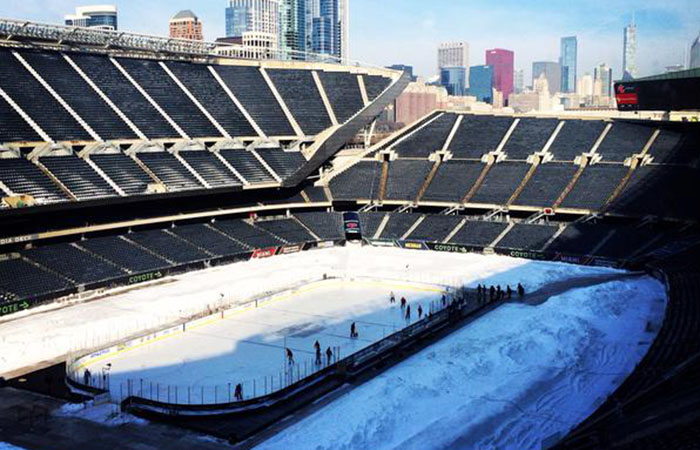 For the fourth time in the modern era, Michigan and Michigan State hockey will play outdoors.

The rivals are set to play on BTN at 9:40 p.m. ET Saturday night at Soldier Field, home of the NFL's Chicago Bears. Watch the game on BTN2Go.

The game, which is the nightcap of the Hockey City Classic's doubleheader, was slated to start at 8 p.m., after the Western Michigan-Miami (OH) game, but unexpected warm weather has pushed the time back.

These two teams, of course, played in the "Cold War," college's hockey's first outdoor game, on Oct. 6, 2001 at Spartan Stadium.

Saturday's meeting will mark the 302nd edition of the series, the most-played rivalry in college hockey history.

Yes, both teams will be wearing special alternate jerseys in Chicago.

Just revealed at Munn – here are the Spartans' jerseys for @HkyCityClassic pic.twitter.com/xmSJvkVDfn