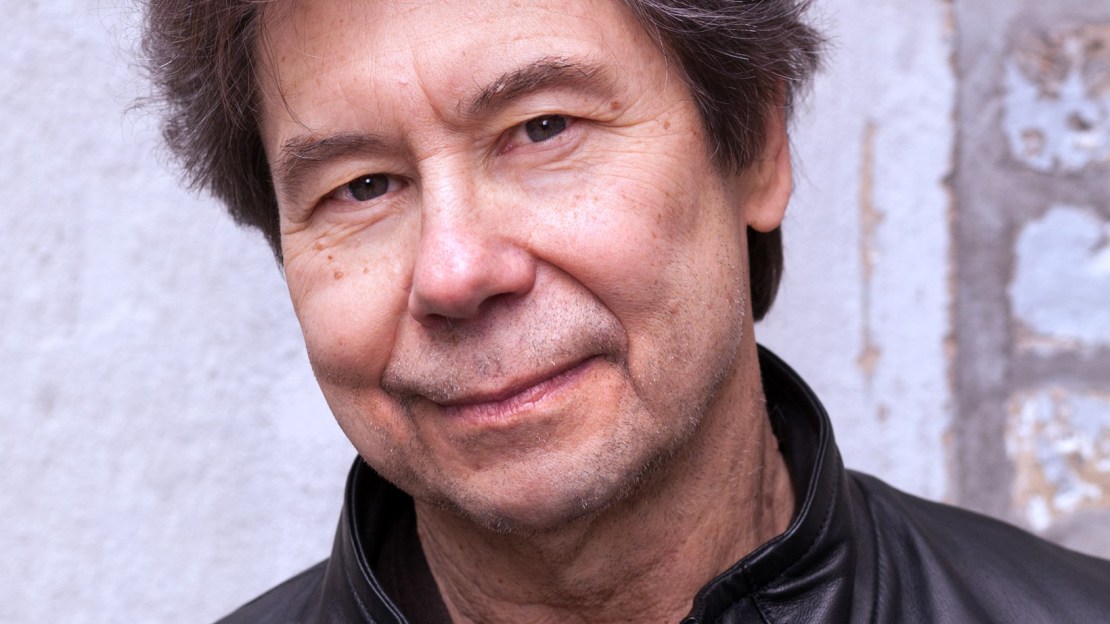 It's a pretty big deal when The New York Times singles you out as "not only our most relevant writer, but maybe our best."

Still, Stuart Dybek, Distinguished Writer in Residence at Northwestern University's Weinberg College of Arts and Sciences, is modest about the acclaim.

A seasoned writer in multiple mediums, Dybek has been described a "virtuoso" of the short story in particular. His books include "I Sailed With Magellan," "The Coast of Chicago" and "Childhood and Other Neighborhoods." He's also published two poetry collections, "Brass Knuckles" and "Streets in Their Own Ink."

Much of the attention he's received lately has been for "Paper Lantern Love Stories" and "Ecstatic Cahoots," two books he published last summer that won a flood of rave reviews and media attention through the remainder of 2014. That led to "a lot of invitations to do readings and appear at schools and libraries," Dybek said.

"I'm grateful that the books have that kind of attention, but you do it partly at the expense of your own writing," he added.

When Dybek isn't making public appearances or writing, he's teaching a class at Northwestern called "Fabulous Fiction." The adjective in the title doesn't refer to excellence - though that's certainly an expectation - but rather to incorporating supernatural, fantastical qualities into written works. (He's never been one to shy away from employing weird elements like time machines or ghosts in his stories.)

To fully grasp the "Dybek method," as The New York Times called it, you kind of have to believe in magic ? or at the very least, in the power of dreams. And that informs the approach he takes to teaching students at Northwestern.

"The writing classes please me enormously; I look forward to them every day," Dybek said. "I'm doing an exercise with my undergraduate class on the dream journals that they keep so that they can tell stories by thinking through images."

Despite that seemingly whimsical mindset, he's accumulated some serious credentials. Along with his time as an instructor at Northwestern - he's been there since 2006 - Dybek has been a fellow with the National Education Association, the Guggenheim Foundation and the MacArthur Foundation.

Many of Dybek's stories are set in Chicago, where he's from. He received a B.S. (1964) and an M.A. (1967) from Loyola University Chicago and, interestingly, started out there as pre-med - a path his large Polish family was nudging him towards.

"I grew up in a family with an immigrant father," he said. "I was the first kid to go to college in a huge family. College was seen as a very fancy trade school. Following the calling of the arts was kind of synonymous with dooming yourself to homelessness."

But Dybek was determined to follow his heart. After earning his master's degree, he moved to the Virgin Islands and became a schoolteacher, which kindled a passion for pedagogy that continues to this day. A few years later, he went to the University of Iowa's Writers' Workshop to pursue an interest in writing.

"I was accepted into a Ph.D. program in education, and the workshop was kind of a side deal," he explained. "But I was lucky enough to be there at a time when major American writers were teaching there: Kurt Vonnegut, John Cheever, Richard Yates."

Not surprisingly, the Writers' Workshop eventually became Dybek's main focus, and he earned his M.F.A. from the University of Iowa in 1973.

"It really changed my perception about what it took to practice that art," he said. "I came out of there a very different person. While I was there, I pretty much finished my first versions of my first two books."

Outside of writing and teaching, Dybek is an avid lover of music. In fact, he once believed playing the saxophone was his calling, but he said his reverence of the greats prevented him from practicing as much as he needed to seriously pursue music as a career.

In an indirect way, though, music brought about an appreciation of literature and storytelling.

[btn-post-package]"That love of jazz opened the door into reading African-American writers, and that in turn led to all kinds of reading about other minorities and minority cultures," Dybek said. "But all that reading began with just the feeling and the music.

"You hear this beautiful but sad bluesy sound coming out of a saxophone, and you want to know more about it," he continued. "Way at the other end of the sound is that whole history of slavery, and it ends up all connected ? But it just started with those notes hanging in the air."

Plus, the pleasure he got from listening to and playing music have enhanced his writing, as that's brought poeticism and musicality to his narratives.

"It's a little mysterious, and I kind of like to leave it that way," he said. "I think of all the arts as emotional thinking. That is, there's thought, but it's being driven by emotion. And music seems primary to me in that regard. It was the first art that really captured me all the way from the time I was a kid."

As for the future, Dybek is ready to make some more magic.

"I'm getting antsy to hole up and spend the time on the work," he said.