BTN LiveBIG: Ohio State attempts to break the cycle of poverty in Columbus 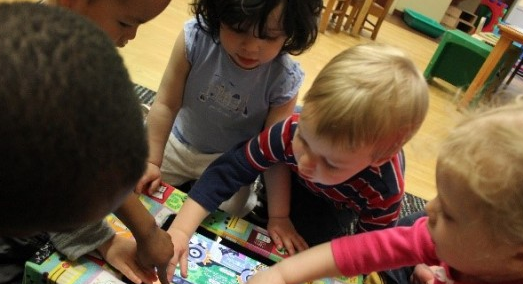 One of the long-standing beliefs in America is the classic Horatio Alger, rags-to-riches narrative - that is, no matter what someone?s circumstances are when they?re growing up, they can achieve success through a combination of hard work and persistence.

But those kinds of stories are the exception, not the rule, even in the land of opportunity. According to Cheryl Achterberg, dean of the College of Education and Human Ecology at The Ohio State University, children who are born and raised in destitution often find their opportunities are severely limited throughout their lives.

Part of Ohio State?s historical mission as an institution is to combine teaching with research-based community engagement. To fulfill that mission, the Schoenbaum Family Center at OSU?s College of Education and Human Ecology launched an initiative to address the specific problem of child poverty.

The issue is especially acute in the state of Ohio, Achterberg said. For instance, one in three children in Columbus - including about 2,500 infants and 2,300 toddlers - lives in poverty. And those rates are considerably higher in other Ohio metros like Cleveland, Cincinnati and Dayton.

?Young children cannot act as agents,? she said. ?They happen to find themselves in a situation where, in order to lift themselves out of poverty, they need high-quality child care, education, food, health, shelter, sanitation and water.?

Unfortunately, their parents often aren?t in a position to change those circumstances. Many of these kids grow up in single-parent households, in which the sole breadwinner works in a menial, low-wage, no-benefit job. They simply don?t have the means to lift themselves and their children out of conditions caused by economic hardship, such as malnourishment, sub-par education, and attention and care in the home. This, as neuroscientists have found, can hamper children?s brain development.

?Children grow from what they know,? Achterberg said. ?We cannot expect children to learn well if they can?t see or hear, if they?re hungry, sick or socially abused.?

As part of its initiative, the Schoenbaum Family Center has developed programs in early education, health, housing, nutrition and family stability to give children throughout the Columbus area between the ages of 6 weeks and 3 years a better start in life.

It?s a big undertaking that presents some formidable challenges. One of the biggest is developing programs that can reach several different groups. As Achterberg pointed out, child poverty is not a ?black and white? issue, figuratively or literally. More than 80 different languages are spoken throughout Columbus, and she emphasized that Ohio State is committed to preparing future early-education teachers for a wide variety of environments and life experiences.

[btn-post-package]?We need to look at each individual as a whole person, and address them as a whole person,? Achterberg explained. ?We need to avoid a shotgun approach to alleviating poverty. I?m interested in sustained interventions and sustained change. Child poverty is a part of a multifactorial condition, and all the factors need to be addressed. The recent increase of Ohio?s minimum wage will only work if coupled with a good child care.?

The Center has two things going for it as it starts a long battle against child poverty: several partnerships with Columbus-area charitable and non-profit organizations and a $16.5 million Early Head Start grant. That support will be critical if this challenge is ever going to be overcome.

?Poverty is our problem,? Achterberg said. ?It?s not for us to lead, but to work together.?