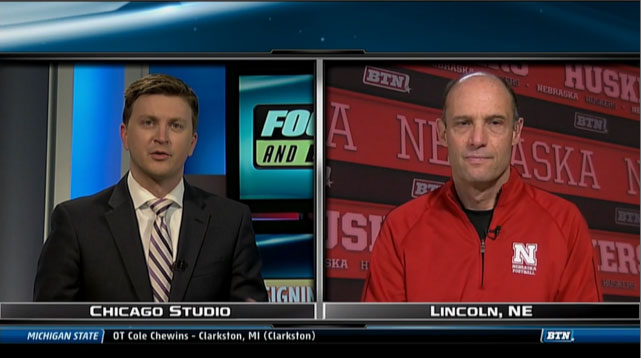 National signing day for football has become something of an event in recent years as Big Ten football programs join the rest of the nation's teams in announcing their officially signed football recruits.

Recruiting high school players for a college team is a marathon, not a sprint. And an entire industry has sprung up around it to track the latest moves of every top high school football player throughout the year.

But once every school's list was official on Wednesday, I combed through the headlines and lists and found some interesting notes on this year's Big Ten class…

Ohio State OL Mirko Jurkovic is the son of Mirko Jurkovic, a guard and captain of the 1988 Notre Dame national title team. The elder Jurkovic died of cancer in 2013 ?

The Spartans landed talented twin DBs Andrew and David Dowell, who earlier pledged to Northwestern and then Kentucky ?

RB Mike Weber committed to Michigan. But when Brady Hoke was fired, he flipped to Ohio State. The Wolverines tried to get him back, but Weber inked with the Buckeyes ?

Wisconsin had nine players de-commit after Gary Andersen left for Oregon State and Paul Chryst was hired ? Minnesota made a huge late flip by getting S Dior Johnson from Wake Forest ?

The shortest? Northwestern WR Jelani Roberts is 5-7. He also is the lightest at 153. ?

Ohio State had the highest ranked class, rating No. 6 in the nation by Scout, ESPN and 247sports ?

Purdue had the lowest-ranked class, earning a No. 65 rank from Rivals. ?