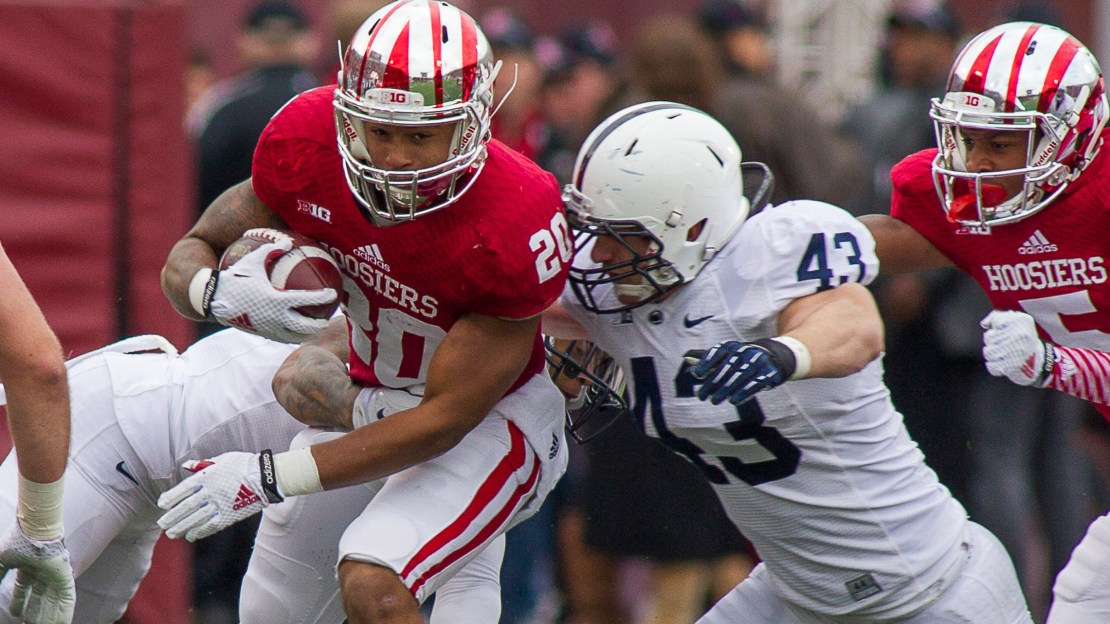 The debut for James Franklin had its ups and downs. The Nittany Lions opened the season 4-0 and then went in a 2-6 funk to end the season before rallying to beat Boston College in overtime in the Pinstripe Bowl.

But some top talent is gone, including defensive end C.J. Olaniyan and kicker Sam Ficken. Here is a look at the Top Five Penn State players who must be replaced in 2015, as the program moves forward with its most punitive NCAA sanctions in the rear-view mirror.

S Adrian Amos. He finished with 42 stops to go along with three interceptions and 10 pass breakups in 2014. But Amos? value extended well beyond just numbers, as he was a leader on a stout Nittany Lions defense.

DE Deion Barnes. He finished 2014 with 44 tackles and 12.5 tackles for loss. He also paced the club with 6.0 sacks. Barnes could have returned for another season but graduated and opted to turn pro. He was a consensus honorable mention All-Big Ten pick who excelled at bringing the heat off the edge.

LB Mike Hull. He was the heart-and-soul of a Penn State defense that ranked No. 1 in the Big Ten in scoring defense (18.6 ppg) and No. 1 in total defense (278.7 ypg). Hull paced the Nittany Lions with 140 tackles, also notching 10.5 TFLs. He was a consensus All-Big Ten choice, another in a long line of great linebackers at "Linebacker U."

TE Jesse James. The 6-7 James was a massive target who opted to turn pro early. He finished with 38 catches for 396 yards and three touchdowns in 2014. James was a consensus honorable mention All-Big Ten pick.

OT Donovan Smith. The massive left tackle had another year of eligibility left but graduated and opted to move on. The program could have used his talent and veteran presence as it looks to build a better front after PSU finished last in the Big Ten in rushing (101.9 ypg).