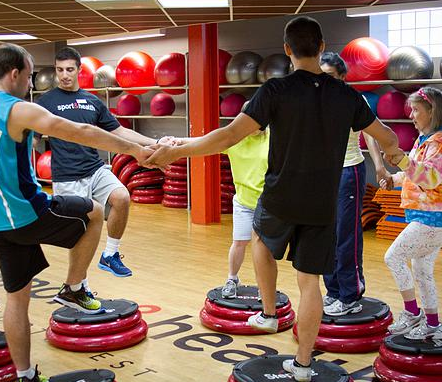 Jared Ciner has been hitting the gym a lot these days - but don?t look for him doing reps on a weight bench. He?s busy providing people with developmental disabilities the tools they need to live healthier lifestyles.

Ciner, who graduated from the University of Maryland in 2012, started working with developmentally disabled people as a teenager. But the idea of providing a combination of fitness and social activities specifically designed for people with disabilities occurred to him during his first job out of college.

As a counselor at the Jubilee Association of Maryland, which provides housing and other support services to people throughout the state who have physical and mental disabilities, he interacted daily with residents served by the organization. He soon noticed the need for - and an interest in - an exercise program that was tailored around their desires and challenges.

?Almost all of my Jubilee clients wanted to participate in group-fitness programs, and I noticed that there were almost no people at the gym with disabilities,? Ciner said. ?I did some research and found that people with disabilities are 58 percent more likely to be obese than the general population in America. This made it very evident to me that as a society, we had missed a wonderful opportunity and an important service.?

Ciner knew these individuals could greatly benefit from wellness activities, but that they?d need some extra motivation and instruction to live a healthier lifestyle. Along with Sam Smith, a Jubilee client with Asperger?s syndrome, and Smith?s roommate, Justin Frevert, Ciner devised a program to provide fitness opportunities in a welcoming, social and accommodating atmosphere.

Together, they opened the SPIRIT Club (SPIRIT stands for social, physical, interactive, respectful, inclusive and teamwork) in Kensington, Md., a Washington, D.C., suburb.

Ciner serves as executive director of this health and fitness organization, which not only helps people with developmental disabilities, improve strength, balance, flexibility and cardiovascular endurance, but also their nutritional habits.

He?s energized by the feedback the SPIRIT Club has received so far.

?Testimonials ? elicit both excitement about our progress and frustration that it has taken so long for the opportunity to become available,? he said. ?Numerous members report weight loss between 15-20 lbs.?

[btn-post-package]Additionally, the growth in membership and awareness of the SPIRIT Club?s mission has been encouraging. The organization, which will celebrate its second anniversary in April, currently holds 12 group classes per week that accommodate 85 individuals, as well as private fitness sessions for an additional 22 members, Ciner said.

?Observing the transformation of a typical member is pretty mind-blowing,? he explained. ?Some have gone from refusing to enter the room to being the life of the party. Others have started out unable to pick up their feet on command, to following two- to three-step instructions.?

As the demand grows, so do Ciner?s plans for the future, which include yoga, additional Zumba sessions and self-defense classes. But he?s thinking a lot bigger than simply adding more offerings at the SPIRIT Club?s sole location (for now).

?My goal is for fitness opportunities to be accessible to all people all around the world,? he said.