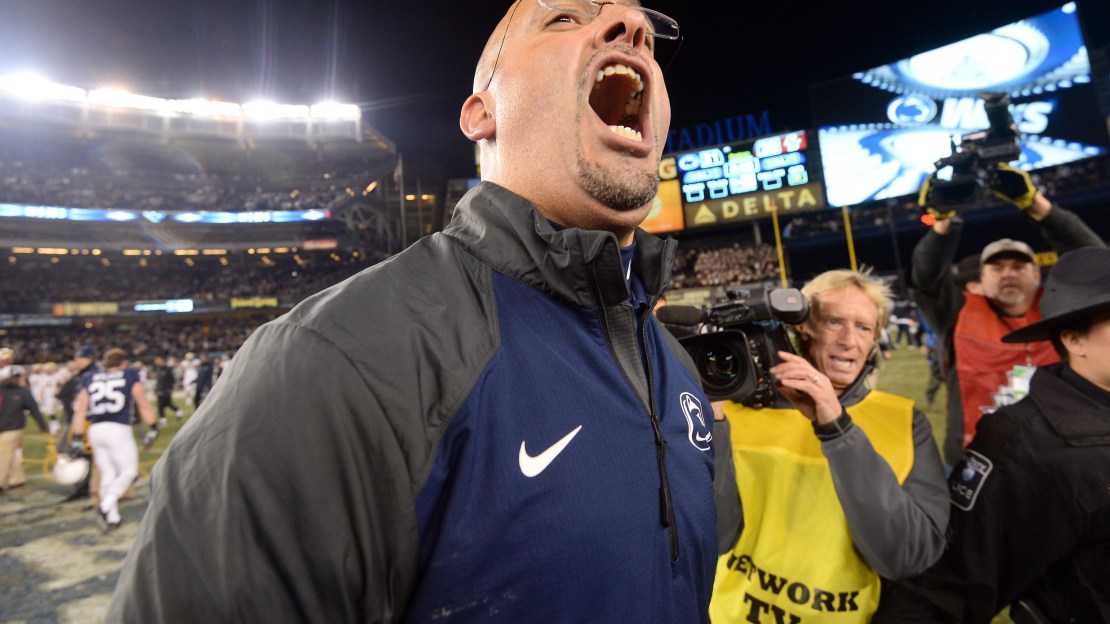 Good podcast from Pennlive.com. Among the subjects: Can the Nittany Lions compete with Ohio State in the uber-tough Big Ten East?

Whether or not Penn State can be factor depends on coach James Franklin's ability to continue adding talent to a program that was decimated by three seasons of NCAA sanctions. The early results on the recruiting trail are promising, and the Nittany Lions have potential to take significant steps forward beginning in 2016.

What a win by Ohio State over visiting Indiana on Sunday. In fact, it was the biggest win of the season for the Buckeyes.

D?Angelo Russell was D?Angelo Russell. Jae?Sean Tate was the big surprise, pouring in 20 points. If he keeps it up, OSU just may be a factor in the Big Ten.

Tough loss for Iowa at Purdue. No doubt, losing stud Aaron White to injury early in the game really impacted the Hawkeyes.

If there was a silver lining, it was the play of Mike Gesell, who almost rallied Iowa to victory.

"Those last 5 minutes, he was unbelievable," teammate Adam Woodbury said. "Making plays, getting to the hoop for and-ones. I know what he's capable of. Some people doubt him sometimes. That's unfair. Because he runs our team pretty damn well."

Iowa?s pain is Purdue?s pleasure, as the Boilermakers ended a 13-game losing skid vs. ranked foes when it downed the No. 25 Hawkeyes.

A look at the box score may leave you wondering how Purdue won. This was a testament to fortitude and spirit. Can Matt Painter?s team build on this? A visit from Indiana looms on Wednesday. I?m gonna call it a ?must win? for the Boilermakers. Sounds about right.

NJ.com is counting down the most memorable plays of Rutgers? debut Big Ten season. RU did a lot better than I anticipated.

The Senior Bowl is over. And Nebraska?s Ameer Abdullah was a stud.

Abdullah rushed for 73 yards and added 40 receiving while leading the North to a 34-13 victory over the South. The Cornhuskers' No. 2 career rusher won MVP honors. I'm still not sure he?ll be an every-down guy in the NFL. He?s just not big enough.

This is interesting: A report says Pat Narduzzi interviewed for the Wisconsin job before landing the Pitt gig.

The combative Narduzzi has hit the ground running in Pittsburgh, most recently challenging Penn State coach James Franklin's mantra to "dominate the state."

"I've been in a state where they thought they owned it — they thought," Narduzzi said on Pittsburgh's WPXI-TV.

Good read from Tom Oates of Madison.com, who says Wisconsin?s admission standards shouldn?t change for anyone, including Gary Andersen.

New Nebraska coach Mike Riley had a not-so-successful stint as a head coach in the NFL with the Chargers. Steve Sipple of the Lincoln Journal Star says while Riley may not have succeeded, he still benefited from the tenure. Just getting the experience sharpened Riley?s focus and made him a better college coach.

Michigan State fans will like this: Senior Bowl executive director Phil Savage shares his thoughts on the Spartans in the game-Tony Lippett, Jeremy Langford and Kurtis Drummond.

"I think each practice is probably almost the equivalent of a regular-season game (for the purposes of scouting)," Savage told Mike Griffith of Mlive.com.? Something we try to emphasize is, yes, the practices are very important, but the game tape will be evaluated by the coaches, too.