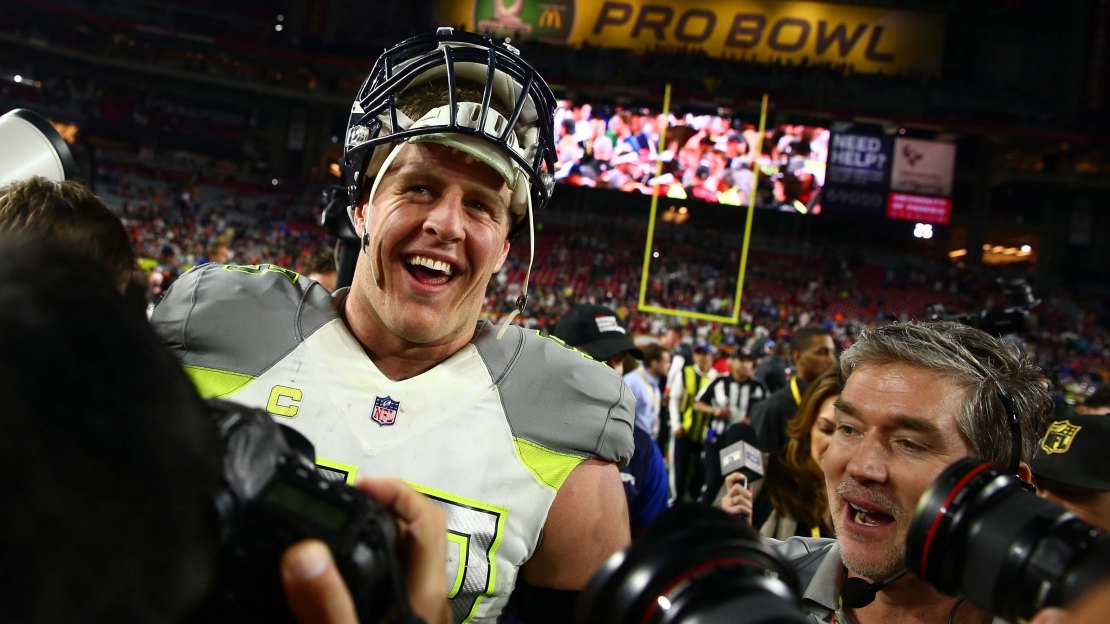 Another day, another honor for a former Big Ten football player.

Watt, the first player in NFL history to record multiple 20-sack seasons, an interception and fumble recovery in a losing effort.

Dear QBs, Do NOT throw near @JJWatt when he's on defense. He'll think he's on offense. He'll take your football. http://t.co/Um4SK9w2GE

It didn't count, but Watt also made an incredible Odell Beckham-esque catch while throwing the football around with a fan. Yes, you read that correctly.

Make room in the garage for the new truck @JJWatt

There's also this feature from Watt being mic'd up.