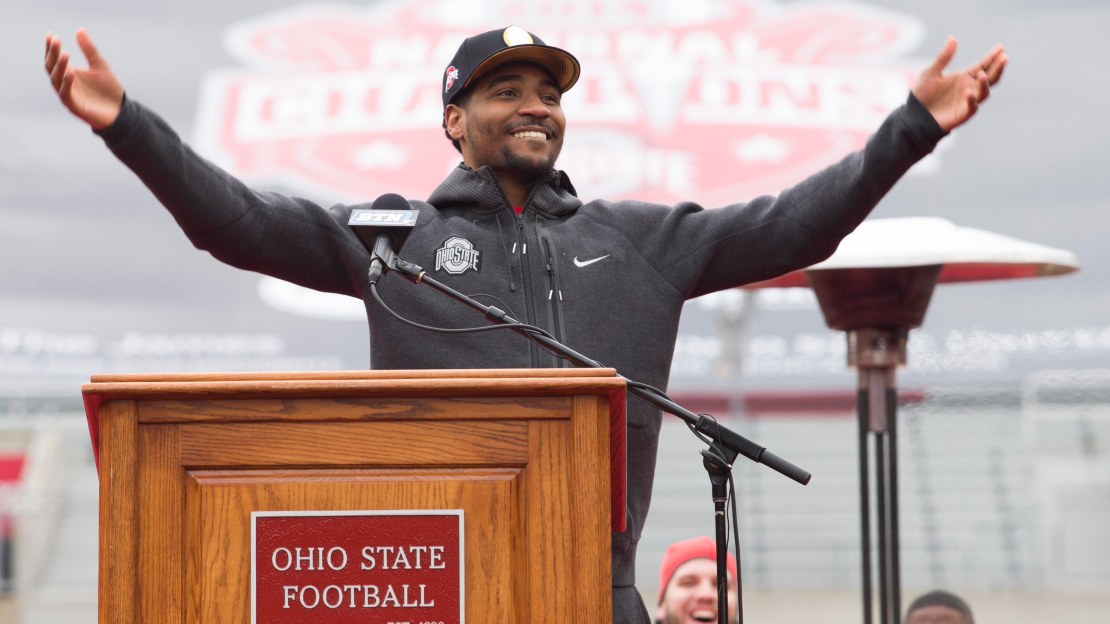 Would the 2012 and 2013 Big Ten Offensive Player of the Year and Silver Football Award winner put an end to the rumors and announce his decision to stay at Ohio State for his final year of eligibility?

Heck, even the fans chanted "One More Year!" as Miller approached the podium and gathered himself before addressing the crowd.

"Man, it's a privilege and an honor to be a part of this national championship team in 2014," he said. "But guess what? We have another year to do it, so go Bucks!"

For what it's worth, Miller is enrolled at Ohio State for the spring semester. If he graduates from Ohio State, he is free to transfer to any FBS school and be eligible immediately. Urban Meyer has said several times that he expects Miller back in 2015.