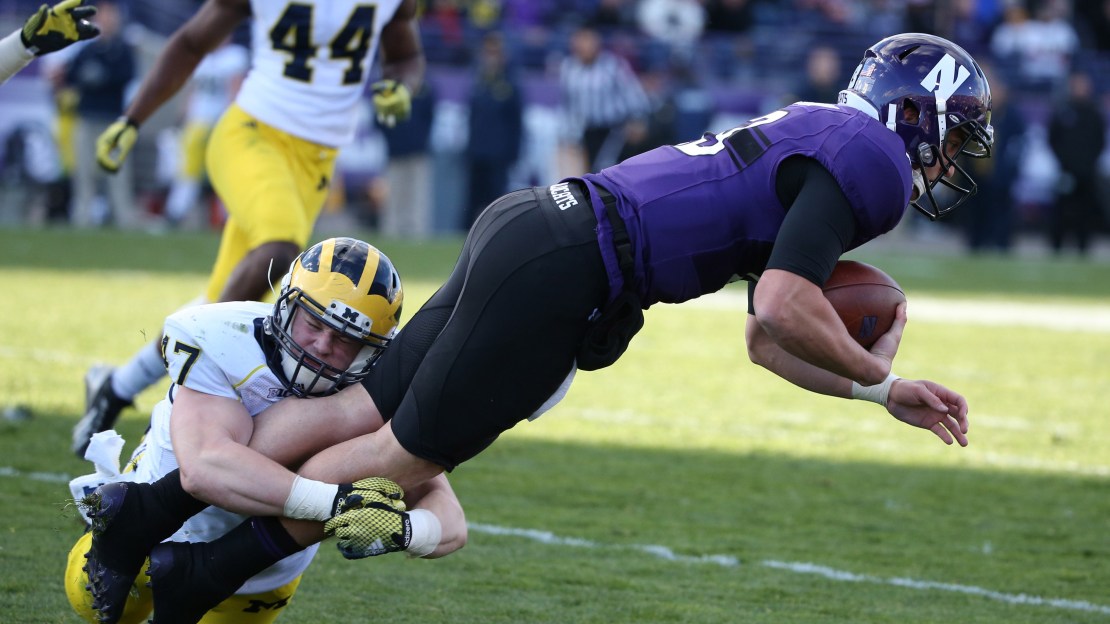 Michigan turns the page to a new regime, as Jim Harbaugh has returned to his alma mater looking to restore luster to a program that hasn?t won the Big Ten since 2004.

But Michigan will be without some key contributors including punter Will Hagerup and kicker Matt Wile. Here are the Top Five Michigan players to replace off a disappointing 5-7 team.

DE Brennen Beyer. A consensus honorable mention All-Big Ten selection, Beyer tallied 35 tackles with 7.5 tackles for loss and 5.5 sacks. He also was versatile, having played linebacker in a career that featured 32 starts.

WR Devin Funchess. Yes, he didn?t have a great year. But Funchess was one of the few playmakers on a largely moribund Wolverines? offense. Funchess led the team with 62 catches for 733 yards and four touchdowns. And then, he turned pro after being second-team All-Big Ten by the coaches. Who will be the go-to wideout in 2015?

QB Devin Gardner. He may have been miscast as a quarterback, often struggling with decision-making. But Gardner also was capable of some moments of brilliance. He hit 61.5 percent of his passes for 1,896 yards with 10 touchdown and 15 interceptions.

LB Jake Ryan. He was the heart and soul of a solid Michigan defense that showed grit and toughness in battling back from injury. Ryan?s leadership will be missed, along with production that saw him lead the squad with 112 yards and 14.0 tackles for loss. He was a consensus All-Big Ten choice and leaves having registered a TFL in 30 of his last 40 games. Ryan also tied for second on Michigan?s career forced fumbles list (7) and ranks seventh on the school?s career tackles for loss list (44.5).

CB Raymon Taylor. He was an honorable mention All-Big Ten pick by the coaches and the media. Taylor made 38 tackles and broke up six passes. He made 32 career starts, developing into a solid cover man who could support the run.