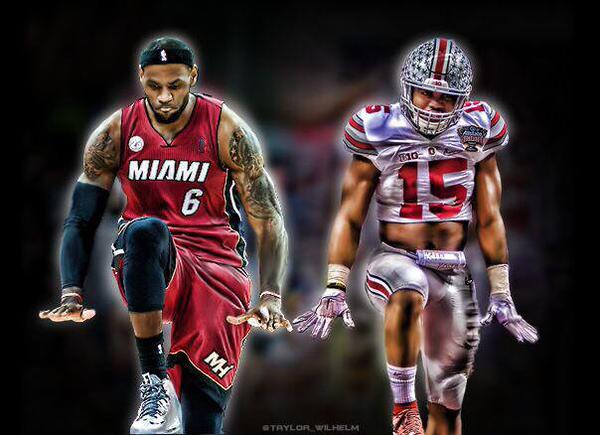 When you rush for 246 yards and four touchdowns while leading your team to a national title, you are bound to get some big-time respect.

How about a photo next to the most popular athlete in the world?

Ohio State coach Urban Meyer recently posted an awesome photo of star running back Ezekiel Elliott and LeBron James doing the same celebration. Of course, James is a huge Ohio State fan and has said on multiple occasions that he would have played basketball at Ohio State had he not gone straight to the NBA. He was in attendance at the national championship game and was seen talking to Elliott and quarterback Cardale Jones following the Buckeyes' memorable win.

It is also no secret that Meyer is a big fan of James and his love for the state of Ohio.

Check out the photo the Buckeyes' head coach posted on Twitter Thursday afternoon.

The one criticism: Why is James not in a Cleveland jersey?