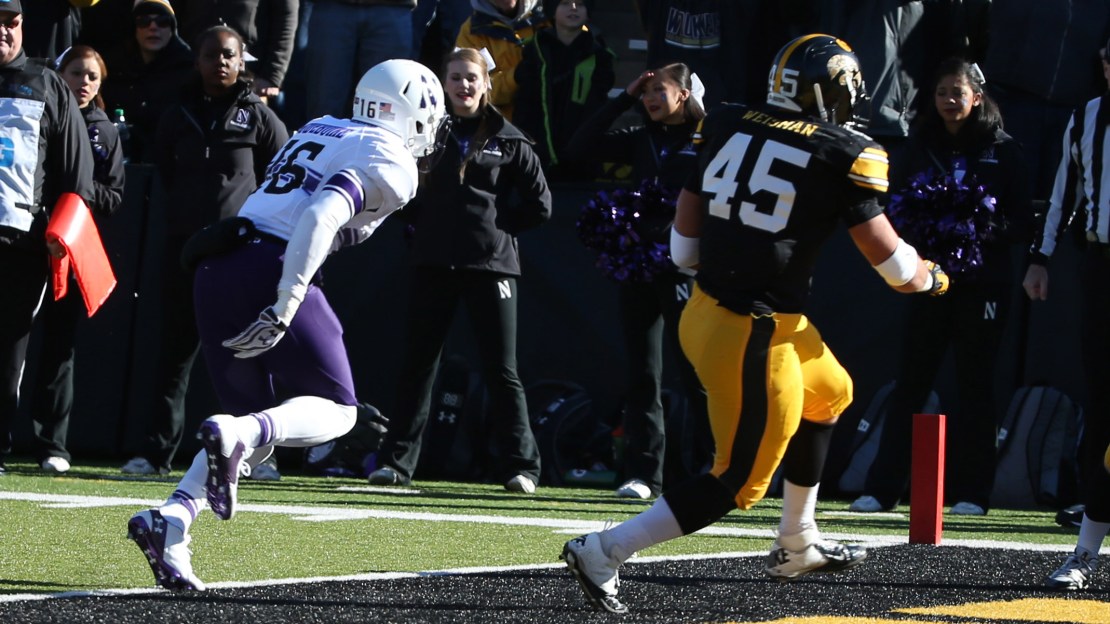 Iowa is coming off a 7-6 season that left many fans wanting for more. In fact, the Hawkeyes have lost at least five games in each of the last five seasons. But Kirk Ferentz soldiers on into his 17th season.

But some key players are gone, including strong safety John Lowdermilk and right offensive tackle Andrew Donnal. But they don?t rate among my top Hawkeyes gone from 2014.

Here are the Top Five Iowa players who are gone and must be replaced.

LB Quinton Alston. A second-team All-Big Ten choice by the coaches, Alston finished second on the team in tackles with 94. He also had 6.0 TFLs and 3.5 sacks to go along with five passes broken up and five defended. Alston did a bit of everything as a key cog on a defense that ranked No. 6 in the Big Ten.

DT Carl Davis. He was a Coke machine in the middle of the line, often creating congestion and stuffing the run. Davis notched 36 tackles with 9.0 TFLs. He was a presence that couldn?t be ignored en route to earning consensus second-team All-Big Ten honors.

OT Brandon Scherff. He leaves Iowa City as an all-time great, becoming the fourth Hawkeye to win the Outland Trophy. The All-American was an indomitable force at the key left tackle spot and is projected by most to be a top-10 NFL draft selection.

DT Louis Trinca-Pasat. He epitomized the term ?lunch bucket player? with a relentless effort that compensated for a lack of top-end talent. Regardless, Trinca-Pasat was a playmaker who paced Iowa d-linemen in tackles with 69 and tallied 11.5 TFLs and 6.5 sacks. He even broke up three passes and defended three en route to earning second-team All-Big Ten accolades from the coaches.