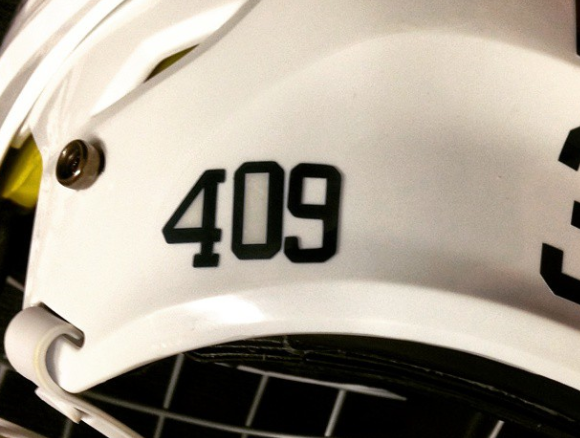 A little addition to the helmets for tonight's game. #WeAre #HockeyValley #409

Major news broke throughout the college football world on Friday as it was announced Penn State's football program would get back 112 wins that were vacated during the Jerry Sandusky child molestation scandal.

Because of the news, the late Joe Paterno has been restored as the winningest coach in major college football history.

In honor of the former Penn State coach, the Nittany Lions' hockey team will be sporting ?409? helmet stickers tonight in their games against Michigan State. The No. 409 stands for the number of career wins Paterno has while coaching at Penn State.

Check out the photo above.