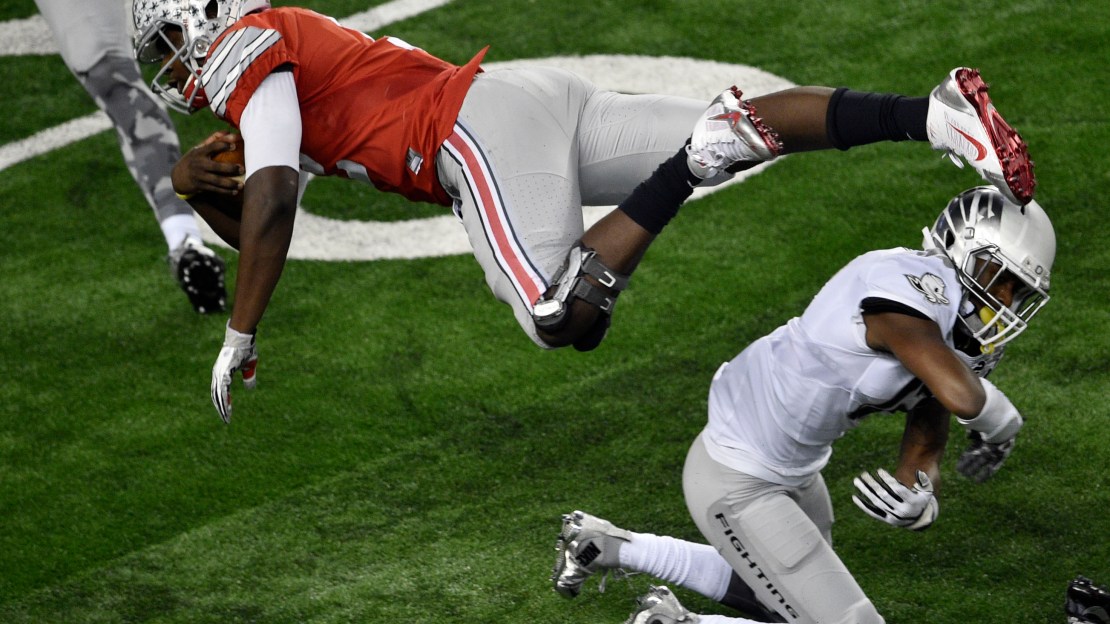 Cardale Jones' run at the end of the 2014-2015 season as Ohio State's quarterback was short but very sweet as the one-time third-string passer went 3-0 in the three biggest games of the season for the Buckeyes. He led the Buckeyes to wins in the Big Ten Football Championship, the Sugar Bowl and the CFP Championship.

Jones has announced a news conference for today to reveal his decision regarding the NFL Draft, and BTN & BTN2Go will carry the event live. For now, here's a look at some of the better Jones' photos from those three big games.