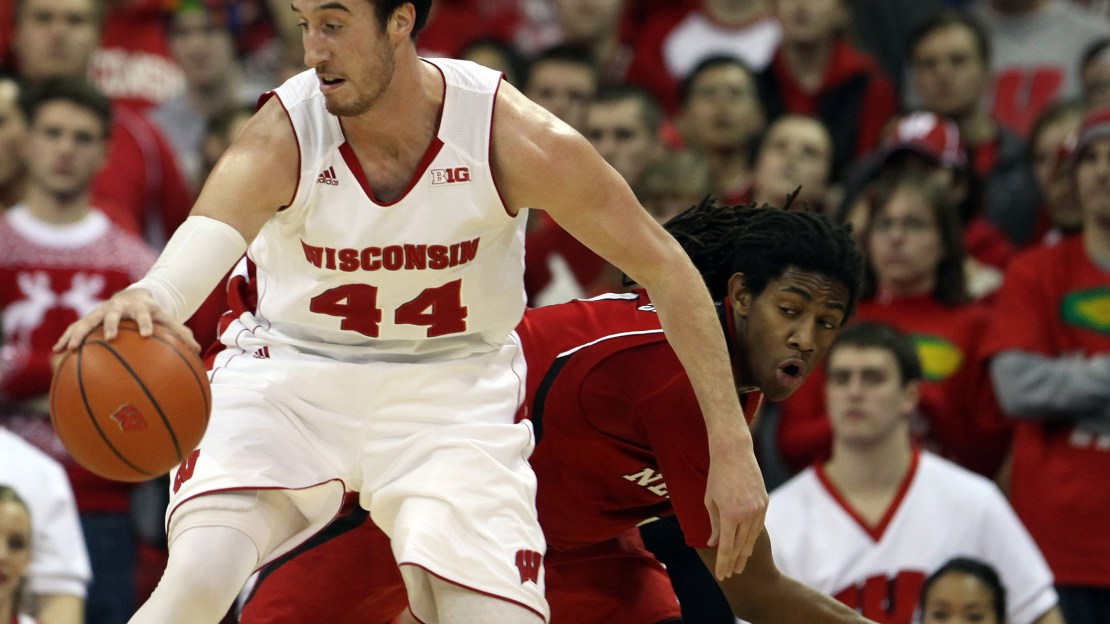 Frank Kaminsky scored 22 points in his return from a concussion that sidelined him a game to help No. 7 Wisconsin beat Nebraska 70-55 on Thursday night.

Kaminsky was 4 of 5 from 3-point range and 7 of 11 overall after missing the Badgers' loss at Rutgers on Sunday night. In the first half, Kaminsky blocked Leslee Smith from behind on a drive to the basket, gathered the loose ball, sprinted the length of the court and floated an alley-oop to Sam Dekker.

It was the first full game for the Badgers without starting point guard Traevon Jackson, who injured his ankle Sunday. Bronson Koenig filled in well with 11 points for the Badgers (16-2, 4-1 Big Ten). Nigel Hayes scored 13 points, and Dekker added 11.

Catch up on stats and video highlights from Thursday's action below.