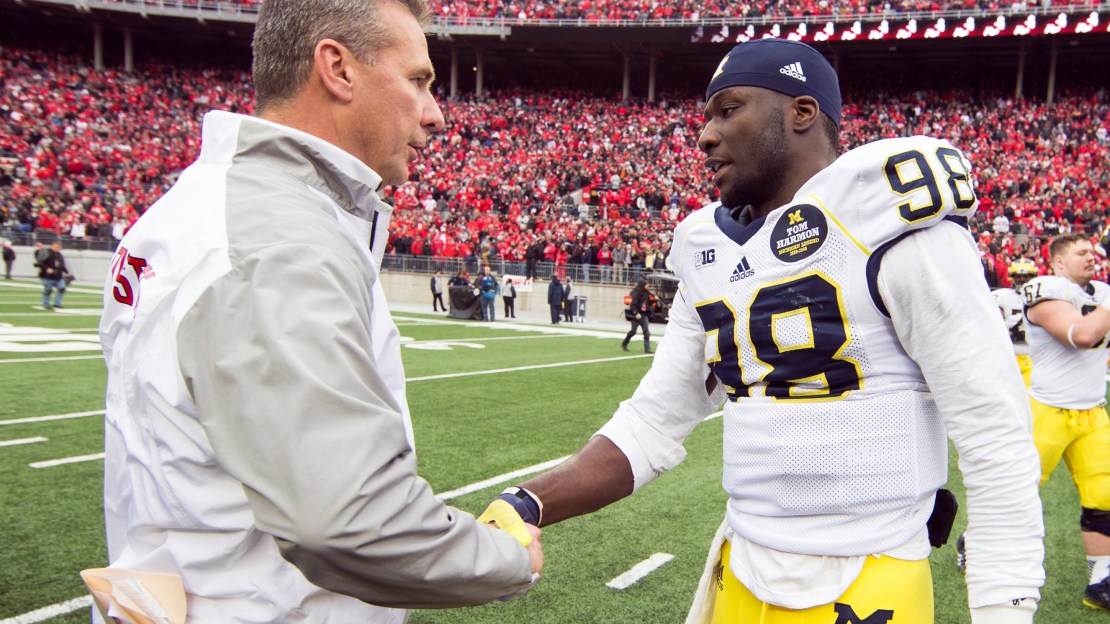 On Tuesday, she filed a fun piece that featured Big Ten players talking about who they rooted for in the inaugural College Football Playoff National Championship Game on Monday.

So, were ex-Big Ten players pulling for Ohio State?

"I'm not a Buckeyes fan, by any means," former Michigan quarterback Devin Gardner said. "I'm a Big Ten fan. We get a lot of crap, and we beat every conference. I guess, going into next year, it can't be all SEC. You've got to say Big Ten at some point, right?"

"No comment," Ryan said, while laughing. "It's good for the Big Ten, but, you know, I can't root for Ohio State."