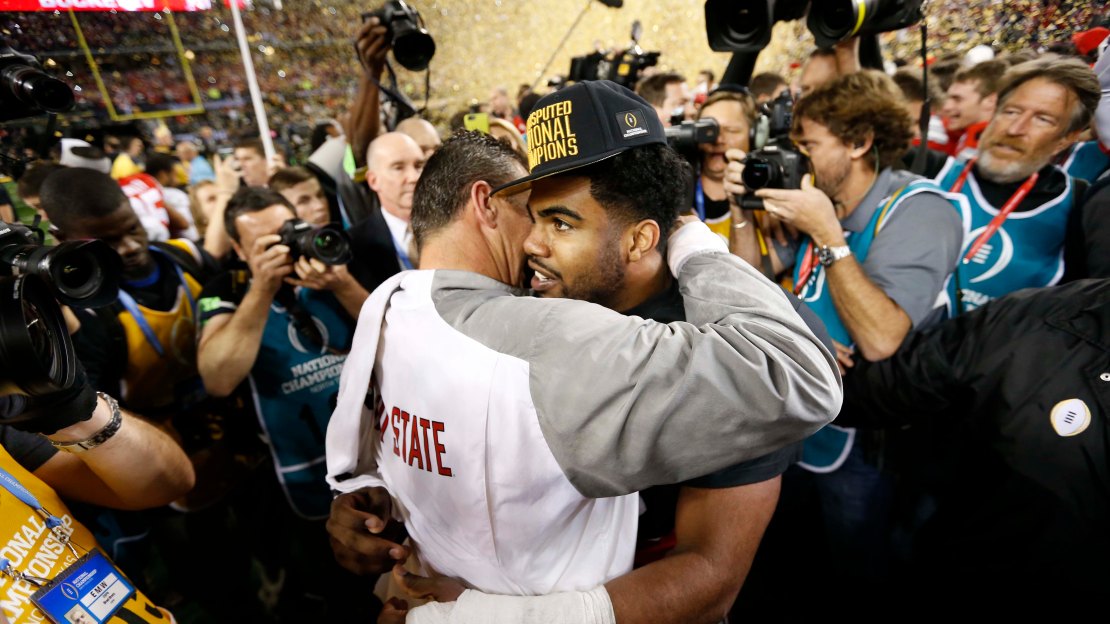 No. 4 Ohio State drilled No. 2 Oregon, 42-20, in the inaugural College Football Playoff Championship Game on Monday night at AT&T Stadium.

The Buckeyes, who topped No. 1 Alabama in the Sugar Bowl on New Year's Day, notched their eighth national crown, and first since 2002.

The win moves Ohio State to 6-0 under Urban Meyer as the underdog. Speaking of Meyer, he now has three national crowns and is just the second coach to win one at two schools, joining Nick Saban.

Miss any of our Ohio State coverage? Get caught up here.

Use the links below to track all of the action.

What a haul! Jalin Marshall makes a clutch 26-yd grab for the Buckeyes. OSU is now in Oregon territory http://t.co/g5OMpnSkY2 #UOvsOSU

Ezekiel Elliott… is GONE! 33-yd TD run for the Buckeye RB and it's now 7-7 at AT&T Stadium http://t.co/BK5jXFwYbZ #UOvsOSU

STUFFED! UO RB Thomas Tyner rushes on 4th & Goal from the 3 but doesn't get in. Buckeyes take over, up 14-7 http://t.co/GAI5EZhJUo #UOvsOSU