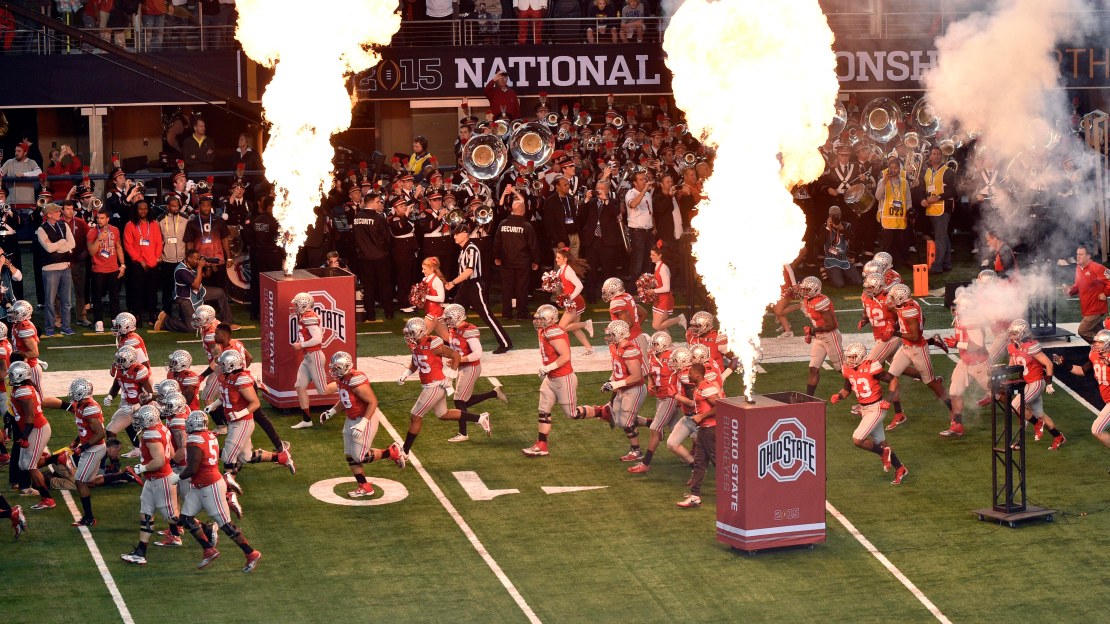 Now this is a quality pre-game picture pic.twitter.com/Ys2sSSn9IL

It's amazing someone doesn't lose his footing or trip pretty much any time football teams sprint out of the tunnel and onto the field before a game.

It happened Monday night at the CFP national title game, as the second "O" in Ohio State's large flags that spell out O-H-I-O snagged on the ground, tripping a cheerleader and sending a few players sprawling.

As a result, the Buckeyes took the field behind flags spelling O-H-I…

Things could have been a lot worse, though, whether it be injuries or a very awkward game of human dominoes.