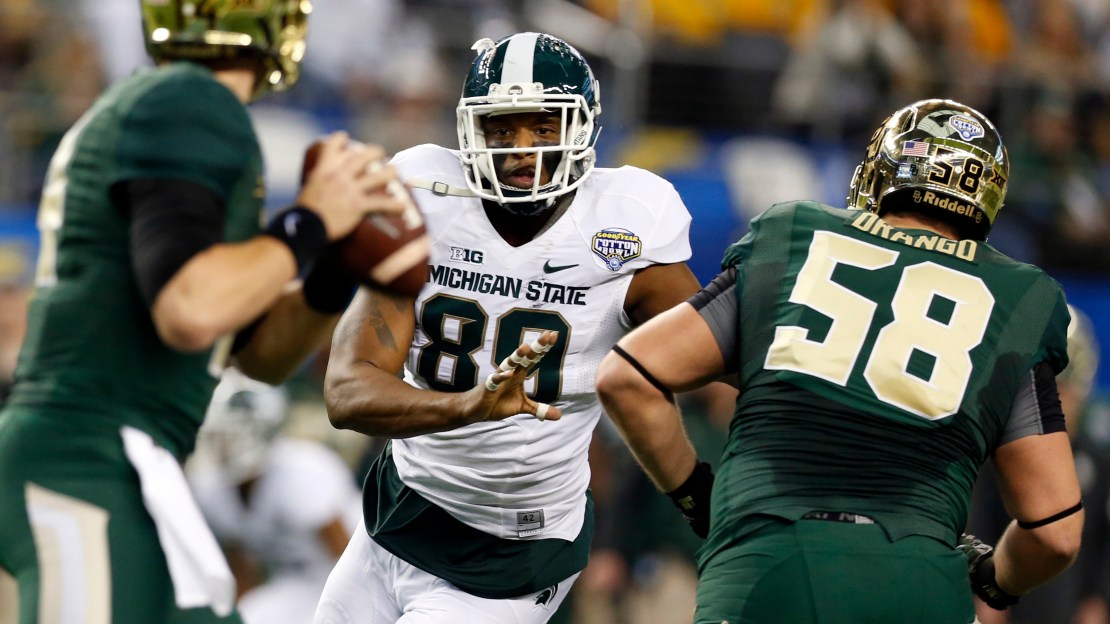 (AP) Michigan State defensive lineman Shilique Calhoun is returning to the Spartans for his senior season.

Calhoun announced his decision at a news conference Sunday before Michigan State's basketball game against Northwestern. The 6-foot-5, 256-pound Calhoun had eight sacks this season, and the seventh-ranked Spartans are poised to finish in the top 10 for a second consecutive year after beating Baylor in the Cotton Bowl.

"I made the decision to return to Michigan State in order to complete my education and earn my bachelor's degree," Calhoun said. "That's an important investment in my future."

Calhoun and quarterback Connor Cook have both decided to return after weighing a jump to the NFL. Michigan State is losing junior defensive back Trae Waynes to the pros.

The Spartans also lost defensive coordinator Pat Narduzzi, who took over as Pittsburgh's head coach, but Michigan State now appears to have enough returning talent to be among the favorites in the Big Ten.