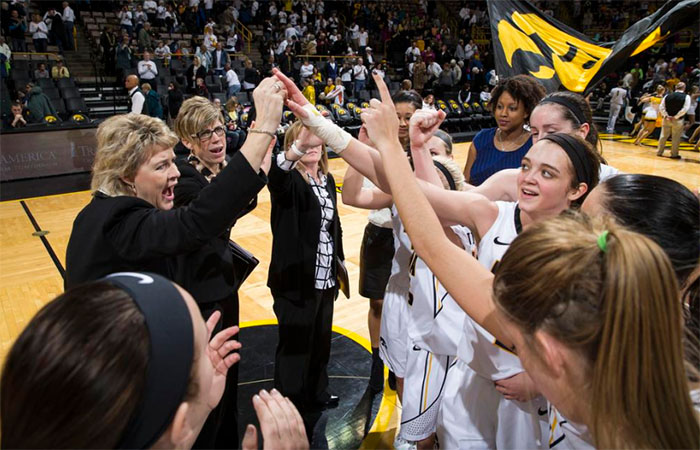 Use the links below to catch up on all of Sunday's action.

MICHIGAN 100, OHIO STATE 94 (OT): BOX | RECAP
Shannon Smith scored 28 of her career-high 36 points in the second half and overtime as Michigan won a thriller, 100-94, in overtime over Ohio State on Sunday afternoon.

MARYLAND 77, MINNESOTA 73: BOX | AP RECAP
Brene Moseley made two free throws with 2.8 seconds left to give 12th-ranked Maryland a harrowing 77-73 over stubborn No. 23 Minnesota on Sunday.

So the #Terps got Coach B good today after their #B1G win… ??? #GoTerps #UnitedWeCan #StayHungry

NORTHWESTERN 77, MICHIGAN STATE 70: BOX | RECAP
All five of Northwestern's starters scored in double figures as the Wildcats toppled Michigan State Sunday, 77-70, to complete a season sweep of the Spartans for the first time since 1993.