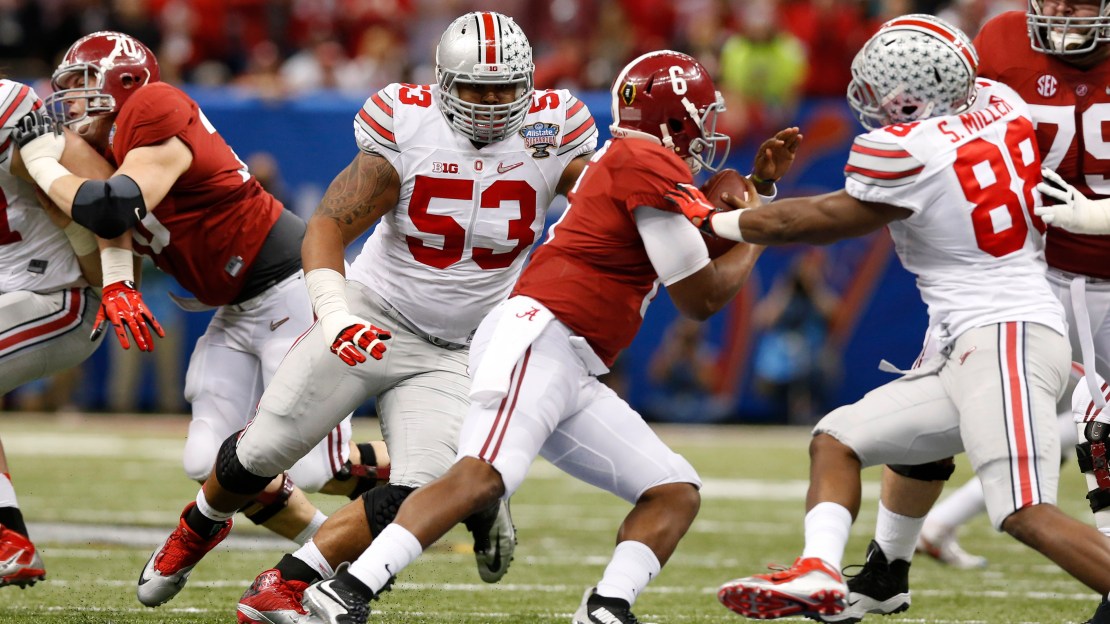 Ohio State DL Michael Bennett tells us why he wears No. 53 in honor of late teammate Kosta Karageorge. https://t.co/wRomTdtPMh

Bennett, who typically wears No. 63, donned Karageorge's number in the Big Ten title game vs. Wisconsin and the Sugar Bowl vs. No. 1 Alabama.

The big defensive tackle isn't about to change it up for the inaugural College Football Playoff National Championship Game on Monday night.

Watch his great response in the video above.

Karageorge, who went missing before Thanksgiving, was found dead from a self-inflicted gunshot wound on Sunday, Nov. 30. The redshirt senior was a member of the Ohio State wrestling team his first three years.

Here's the text of Bennett's response:

"I wear the number so that, you know, when I play or the camera's on me, people don't forget Kosta and they remember him."