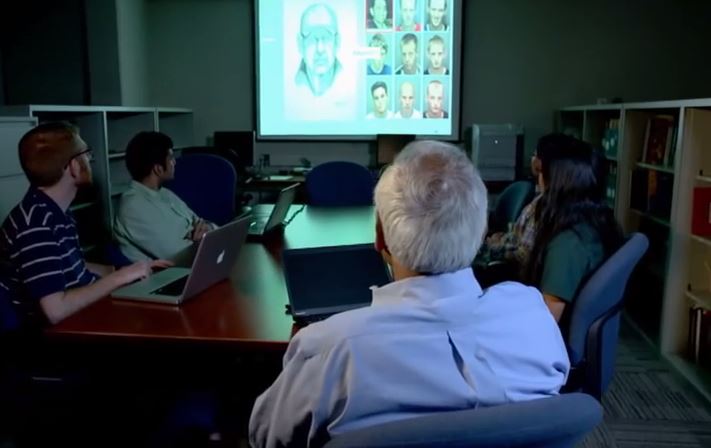 When Greg Michaud was a student at Michigan State University back in the mid-1980s, he studied the pioneering research in forensics being done at that time by MSU computer professor Dr. Anil Jain.

Three decades later, Jain's work is still influencing Michaud - only now he's a captain and division director of forensic science operations for the Michigan State Police who regularly applies those principles and methodologies to what he does for a living.

Jain has been a faculty member at Michigan State for about 40 years, and for much of that time, he's been focused on issues related to investigating crimes and the people who commit them.

"I'm not a forensic scientist or a law-enforcement specialist," he explained. "But I enjoy working on problems where pattern recognition and image processing can be used to generate software systems, which can be used to address crime."

Some of those problems take a considerable amount of time to resolve. For example, Jain and other faculty members and students have spent 25 years working on challenges associated with fingerprint matching.

"A lot of people think fingerprint matching is a solved problem," said Jain, but added that in recent years, criminals have increasingly taken measures to change their fingerprints. "They're changing the natural pattern on their fingers by doing surgical implants, skin grafts and so on."

To tackle this issue, Jain and his team have spent years developing a digitally driven system that can determine whether one's natural fingerprints have been altered, as well as how they've been changed. And they've also worked on other solutions, such as how to match sketches of suspects' faces with photographs of individuals in law enforcement databases.

These technologies are currently being implemented under various licensing agreements, and they'll likely affect law enforcement and criminal justice across the country for many years to come - something Jain finds very gratifying.

That work has certainly made an impression on Michaud.

"In a word, it's phenomenal," he said. "It's great to have this partnership."

View the one-minute video above to learn more about how Michigan State's digital forensics work is moving law enforcement into the 21st century.