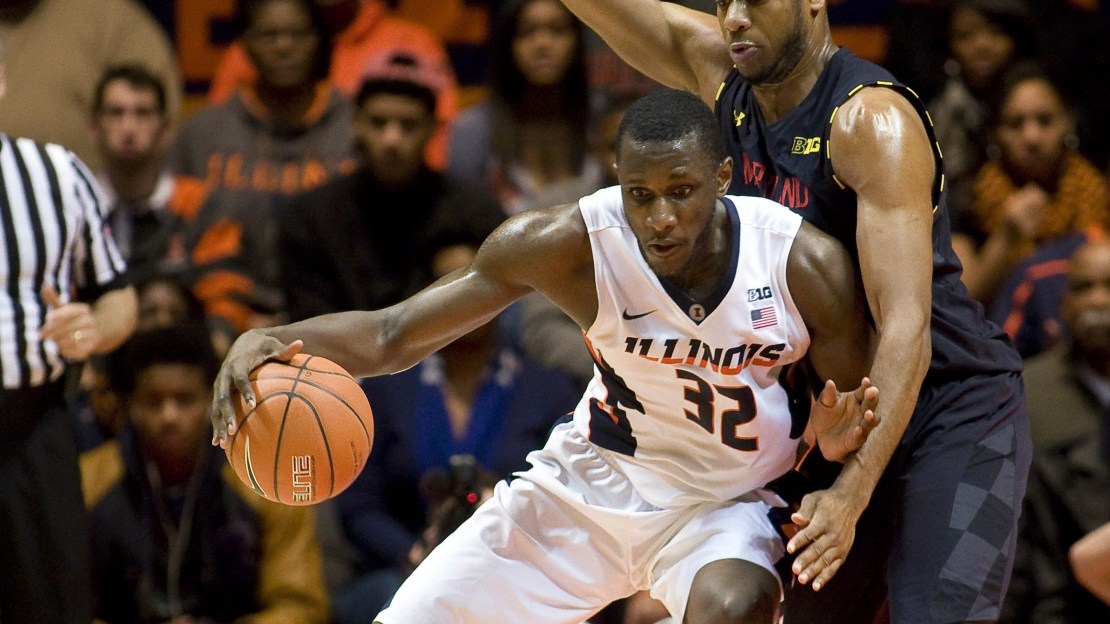 If this is what life without Rayvonte Rice (out indefinitely with a broken hand) is going to be like for Illinois, then things may be A-OK in Champaign. The Illini got a monster effort from Malcolm Hill en route to shocking Maryland on Wednesday night.

This was a huge win for Illinois-it also was its first of Big Ten play after suffering some tough losses earlier in league action. This could be a spark.

The staff of new Nebraska coach Mike Riley is taking shape. And it has an ?Oregon State? feel, if you know what I mean.

Including Riley, Nebraska?s staff has a combined 216 years of coaching experience, while boasting a combined 56 bowl game appearances and 38 years coaching in the professional ranks.

?We are thrilled with the staff we have assembled at the University of Nebraska,? Riley said in a press release. ?This is a successful group of outstanding teachers, coaches and recruiters, and I know they will represent our school and program very well.?

Good video here on Iowa hoops, which has a lot of mojo right now. I love this team?s athletic ability and depth. The keys will be defense and rebounding.

Richard Pitino wants guards that play fast and who get into the lane and raise havoc with a defense. Patrick Reusse of the Minneapolis Star Tribune says Hollins is being left behind. The Gophers need him to make some threes, but overall, Deandre Mathieu and Nate Mason are better guards for Pitino?s vision of playing fast. Speed is not Hollins? deal.

What does Northwestern need to do to improve its offense under Pat Fitzgerald? InsideNU.com has five items.

It begins will better play from the quarterback spot. Is Clayton Thorson the guy? If so, is he ready? It also would help if the offense was opened up. C?mon, let?s have some fun and get past page 7 of the playbook.

Good win for Michigan recently at Penn State. Now, the Wolverines hit a key stretch in their schedule that could turn around the season.

Brendan F. Quinn of Mlive.com says Michigan will host Minnesota on Saturday with a chance to improve to 3-1 in the Big Ten before a difficult trip to Ohio State next Tuesday. Perhaps with a win, an all's-well-that-ends-well scenario can arise. Like in golf, it's not how, it's how many.

Kyle Austin of Mlive.com has a look at Michigan State hoops by the numbers. As you will note, MSU is playing some monster defense.

The courtship of Penn State DC Bob Shoop and LSU continues. Bob Flounders of Pennlive.com says there are plans for him to interview for the post.

LSU coach Les Miles has been looking at Shoop, who directed a PSU defense to a No. 2 ranking nationally in yards allowed (278.7), for roughly a week. The loss of Shoop would hurt the Nittany Lions.

As Indiana continues to look for the right combination, Zach Osterman of IndyStar.com wonders if the Hoosiers should play Emmitt Holt and Hanner Mosquera-Perea together.

Indiana is short on size inside, as the Hoosiers taken a few beatings on the glass, most recently at Michigan State. The appeal of pairing two good rebounds together is obvious.

I know coaches typically detest ?moral? victories. But that?s probably what Purdue scored in its loss at Wisconsin last night.

The Boilermakers came close to escaping the Kohl Center with a win. It?s hard not to look at the free-throw disparity and shake your head. Purdue was outscored at the foul line, 25-3. The Badgers attempted 31 free throws, 24 more than the Boilermakers, who scored 38 of their points in the paint. Live and learn.