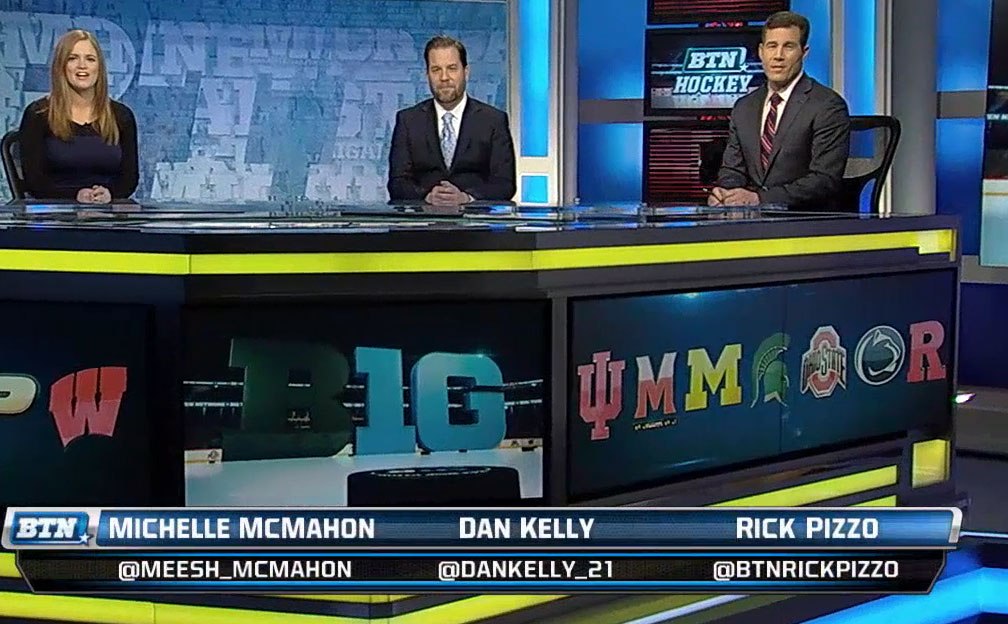 The Big Ten is coming off a good weekend in non-conference play after going 3-2-1 overall. Here are the results from the weekend:

Here is a preview of the upcoming Big Ten games.

NO. 9 MINNESOTA AT MICHIGAN
When: Friday, Jan. 9 6:30 p.m. ET; Saturday 4:00 ET
How to watch: Friday?s game airs live on BTN, Saturday?s game airs live on Fox Sports Detroit and BTN2GO.
Players to watch: All-American captain Kyle Rau had the game-winning goal for the Gophers in a 3-2 overtime win over RIT last weekend. He leads the nation in game-winning goals and earned his second star of the week honors this week. Michigan also features a clutch goal-scorer in Zach Hyman, who had game winning goals in both of Michigan?s GLI victories. Rau and Hyman are tied for the most points scored among Big Ten players.
The latest on the Gophers: Minnesota (10-5-1) returns three star players (Fasching, Collins, and Bristedt) who were away playing in the World Junior Championship. The Gophers totaled 91 shots on goal last weekend at the Mariucci Classic with 42 against Merrimack and 49 against RIT.
The latest on the Wolverines: Michigan (10-7-0) is coming off its 16th Great Lakes Invitational title and their first since 2011 with victories over Michigan Tech and Michigan State at Joe Louis Arena. Michigan returns four of its top eight scorers from the World Juniors in Zach Werenski, JT Compher, Dylan Larkin, and Tyler Motte.
In Summary: It?s a showdown between two of the winningest programs in college hockey history. Last time these two teams met on March 15, 2014, Michigan defeated the top-ranked Gophers in a 6-2 victory on Senior Night at Yost.

OHIO STATE AT PENN STATE
When: Friday, Jan. 9 7:00 p.m. ET; Saturday 3:00 p.m. ET
How to watch: Friday and Saturday?s games will be streamed on BTN2GO.
Players to watch: Buckeye forward Matt Johnson earned his first star of the week after his three-goal performance against Mercyhurst on Friday night and earning a goal in Saturday?s contest. The senior forward is on a five-game point stretch. Penn State?s Casey Bailey leads the Nittany Lions in points with 19 and is the leading goal scorer with 11 goals on the season.
The latest on the Buckeyes: Ohio State (6-9-2) is coming off a solid nonconference weekend after beating Mercyhurst 6-3 on Friday and earning a 2-2 tie on Saturday. The Buckeyes are 1-2 in Big Ten conference play after splitting with Michigan State and losing 8-3 to Michigan in early December. Tanner Fritz continues to be a bright spot for Ohio State as he leads the team in points.
The Latest on the Nittany Lions: For the first time since Halloween, Penn State (9-6-2) returns home to Pegula Ice Arena this weekend for more Big Ten action. The Nittany lions are coming off a tough performance in the Three Rivers Classic after falling to Robert Morris and Western Michigan last week. They are almost back to full strength with a healthy roster of skaters who are practicing, except for two forwards.
In Summary: PSU and OSU have faced five times over the course of the past two seasons and are familiar with each other. Both teams are seeking consistency and have been battle-tested with a tough non-conference schedule.