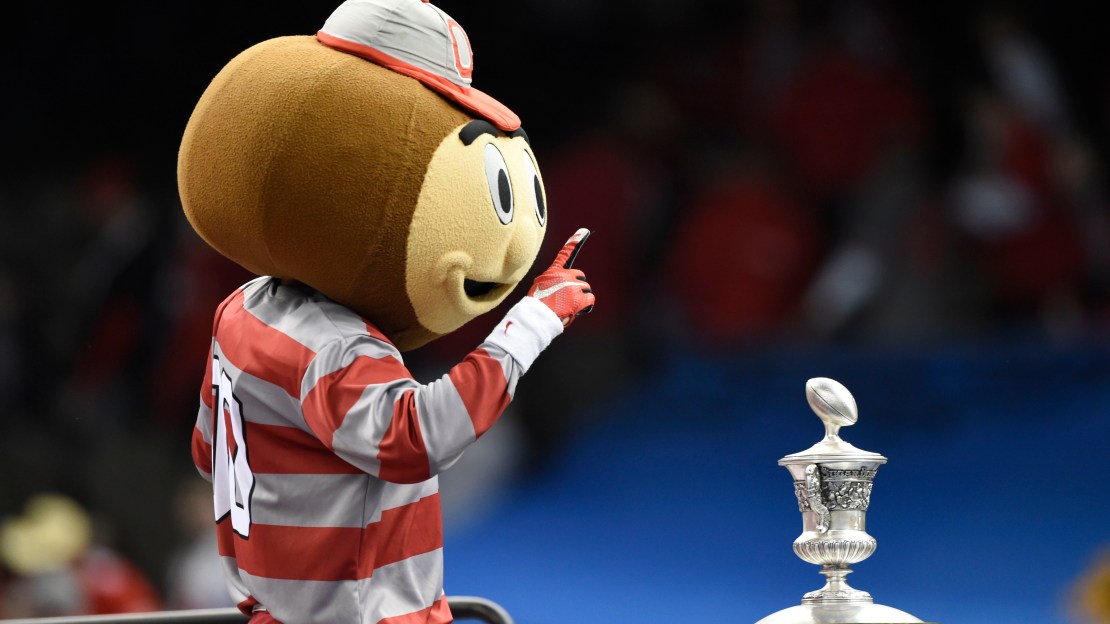 Historic? Tide turning? A game-changer? However you wanna label the Big Ten?s bowl season, it sent a message that the conference still carries a big stick and may be primed for a run of domination.

The conference, maligned for so long because of myriad bowl flops and big-game failures, seemingly turned a corner in this postseason with a 5-5 record after being tabbed as an underdog in all 10 of its bowl games.

Yes, that?s only a .500 mark, but you have to look beyond the winning percentage. The Big Ten beat more ranked teams-three-than any other conference in the bowl season. The SEC went 7-5 in bowls but was just 2-4 vs. ranked foes.

The Big Ten also went 2-2 vs. the mighty SEC. The highlight, of course, was No. 4 seed Ohio State scoring a big win over No. 1 seed Alabama in the Sugar Bowl that launched the Buckeyes into the national championship game.

Making that triumph all the more remarkable is that fact OSU did it while playing a third-string quarterback who was making just his second career start. The victory sent a loud message to the rest of the nation-especially the SEC, which has dominated the sport for almost a decade.

?The SEC has had their day,? said Big Ten commissioner Jim Delany, whose league also saw Wisconsin top Auburn in overtime in the Outback Bowl. ?Maybe it?s a new day.?

The bowl season also saw Michigan State rally for a stunning win vs. No. 5 Baylor in the Cotton Bowl. This was a Bears squad that was passed over by Ohio State for the final playoff spot. The win by MSU validated the committee?s faith in the Buckeyes and showed they deserved a spot in the playoffs while also showing the strength of the Spartans, whose only two losses in 2014 were to the teams playing for the national championship.

?I think the Big Ten conference, the conference that we're a part of, certainly showed that it is getting better,? Ohio State?s Urban Meyer said. ?That's not saying that the last couple of years, maybe we weren't, because there's one way to silence people and that's go out and play ? we're a bunch of good coaches and players that worked their tails off and are investing in a lot of resources into these traditionally great programs.

In a bit of delicious irony, the ?SEC is awesome? narrative actually was started by Meyer, who as coach of Florida led the Gators to a stunning upset of heavily favored Ohio State in the BCS title game after the 2006 season. That set off a run of seven consecutive national championships for the SEC. Four different SEC teams won crowns: Alabama, Auburn, Florida and LSU. Auburn got to the title game last season but lost a narrow decision to Florida State. But this year, there will be no SEC team in the championship game for the first time since the 2005 season-when Texas upset USC for the crown.

Now, Ohio State will take aim at winning its first national title-and the Big Ten?s first-since the 2002 season, when the Buckeyes surprised Miami (Fla.). Can Ohio State beat the Ducks next Monday night in Cowboys Stadium in Arlington, Texas?

?We didn't play Oregon,? said Alabama coach Nick Saban. ?But I know they got a lot of good players and they've got a lot of speed, but I think Ohio State really has a good football team. I thought they were a very underrated team by everybody in terms of how people thought about them, especially the way they played against Wisconsin and the way they played later in the year.?

Wisconsin?s win over Auburn was every bit as sweet as Ohio State?s and Michigan State?s-giving the Big Ten?s top three teams wins in the postseason-as it rebuffed disrespect from opponents prior to bowl games.

Auburn?s Cameron Artis-Payne, the SEC?s leading rusher with 1,482 yards, said he would have rushed for 2,000 yards had he been in the Big Ten - a veiled shot at Wisconsin's Heisman runner-up Melvin Gordon.

And Baylor defensive end Shawn Oakman told a Lansing, Michigan, TV station: ?We don?t watch any Big Ten football. Why? It?s not interesting.? The lesson in all of this: If you have nothing nice to say, don?t say anything at all.

But maybe the conference?s biggest ?win? of the postseason didn?t even take place in a game, as Michigan hired Jim Harbaugh. It was a hire widely hailed as a ?home run? that figures to boost the sagging fortunes of the Wolverines while adding another brick in the wall of the Big Ten?s comeback story this postseason.

What would be the cherry on top of all of this good news for the Big Ten in the last few weeks? A win by Ohio State over Oregon. Yes, the Buckeyes are an underdog-what else is new? But, with the mojo this team and conference has, don?t count out the Buckeyes. No doubt, Saban is a believer.

?The one thing that the new quarterback does is he has a tremendous arm,? said Saban. ?And they have some very talented receivers.  And the two things that were very apparent is those things became very apparent in the last two games because of the quarterback.

?Now, they were a little different and the quarterback was a great runner, when 16 (J.T. Barrett) was playing, and he was a good passer. But it wasn't so obvious when you watched the film all season long that they had these great skill players that could really make plays down the field.?

Quarterback Cardale Jones and Ohio State made believers of Wisconsin in the Big Ten title game and Alabama in the Sugar Bowl. Is Oregon next in the Big Ten?s quest to punctuate this postseason with one more exclamation point?