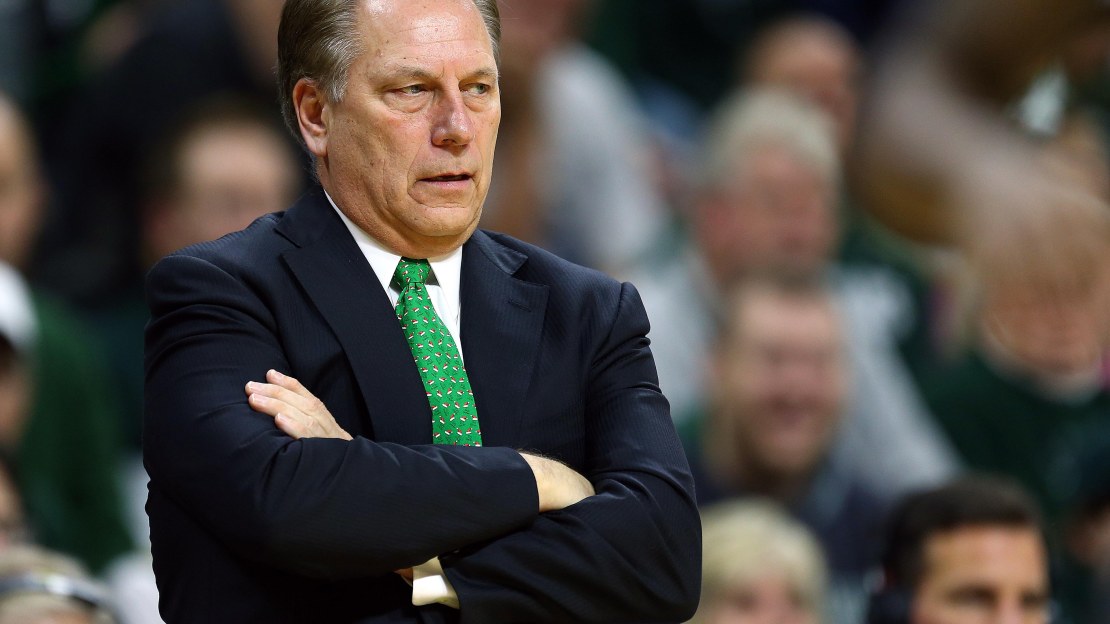 It should be a fun and entertaining second week of Big Ten play.

See my best of the week ahead below.

GAME OF THE WEEK: Indiana at Michigan State, Monday. The Spartans have been an early-season disappointment and still are in search of an identity. Here come the Hoosiers, who will arrive in East Lansing coming off a recent nice win at Nebraska in which they showed good maturity. MSU is coming off a tough Big Ten opener, losing in double-overtime at home to Maryland. The Spartans can?t afford another Big Ten home loss.

DON?T OVERLOOK THIS GAME: Purdue at Wisconsin, Wednesday. How about those Boilermakers? Matt Painter has his club off to a 2-0 start in the Big Ten after Purdue lost its last three non-conference games. And among the non-league defeats were setbacks to the likes of North Florida and Gardner-Webb. A trip to Madison, Wisconsin, will be the ultimate test to see if Purdue is on track or not vs. the Big Ten favorites. Can the Boilers hang with the Big Ten favs in Madison?

MUST WIN: Ohio State at Minnesota, Tuesday. It?s hard to say any game in early January is a ?must win,? but the Gophers need to protect their home court vs. a Buckeyes squad that is still finding its way. Richard Pitino?s squad is one of just three Big Ten clubs unbeaten at home. Minnesota is off to an 0-2 start in the Big Ten, falling at Purdue and at Maryland. It needs this victory vs. a Buckeyes squad that hasn?t won on the road.

BEST INDIVIDUAL MATCHUP: We will get a chance to watch the Big Ten?s top two freshmen when Ohio State visits Indiana on Saturday. The Hoosiers? James Blackmon is No. 5 in the Big Ten in scoring (17.2 ppg); the Buckeyes? D?Angelo Russell is No. 4 (17.4 ppg).

UPSET ALERT: Maryland at Illinois, Wednesday. The Terps look as good as advertised in the midseason, appearing to be primed to make a run at the Big Ten title in their first season in the Big Ten. But this trip to Champaign will be dangerous. This is a strong Illini team that is looking for a signature win, opening 0-2 in Big Ten action with road games at Michigan and at Ohio State. So far, Illinois basically has beaten who it is supposed to have beaten-and lost to who it was supposed to have lost to. Here?s a chance to impress with a victory over a very good Terrapins team that along with Wisconsin and Purdue are the lone 2-0 clubs in Big Ten action so far.

BIG WEEK: Michigan State. The Spartans play three games, giving them a chance to set things straight and get back on track after opening Big Ten action with a home double-overtime loss to Maryland. MSU plays host to Indiana, travels to Iowa and takes on Northwestern at home. Can the Spartans win all three games? MSU can?t afford to do any worse than 2-1 this week.

BIG WINNER: Purdue. The Boilermakers need a good season after missing the Big Dance the last two years. Purdue opened Big Ten action with consecutive home wins, showing resiliency and grit by rebounding from three consecutive losses in the non-conference. The Boilermakers trailed in both games at halftime. It?s doubtful if last year?s team could have done this.

BIG LOSER: Nebraska. Yes, it was just one game, but the Huskers opened Big Ten play with a home loss to Indiana. I guess it says something about how far Tim Miles? crew has come in a few years if Nebraska should be disappointed with a home setback to the Hoosiers. Still, the Cornhuskers needed to win at home after a disappointing non-conference that saw Nebraska go 8-4. The Huskers are supposed to be an upper-division Big Ten in the thick of the conference race. But you wonder if this is even an NCAA team.