Big Ten Player Rankings: Frank Kaminsky in a class of his own 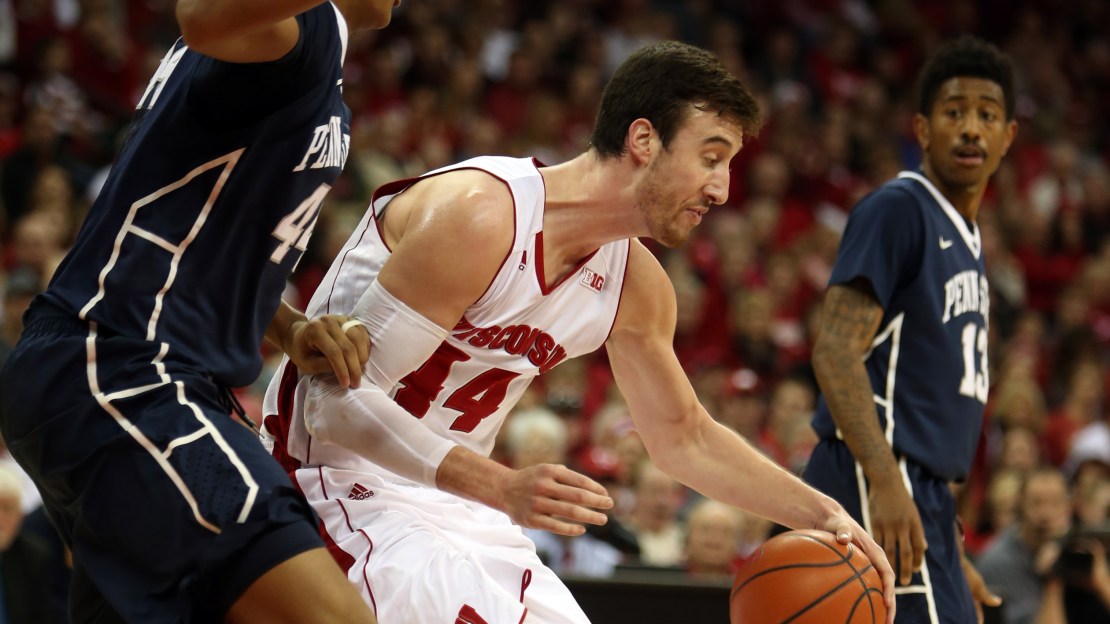 It's Monday, and that means it's time to take a look at my updated Big Ten Player Rankings.

With one week of Big Ten play in the books, Frank Kaminsky continues to separate himself from the rest of the pack.

See my latest rankings below.

1. Frank Kaminsky, Wisconsin. It was business as usual for Kaminsky and Wisconsin during the first week of conference play. He averaged 17 points and 12 rebounds in beatdowns against Penn St. and Northwestern. His behind-the-back dribble into a spin move and score vs. Penn State (watch above) is impossible for most 7-footers.
View 2014-15 stats
Last week: 1

3. D.J. Newbill, Penn State. It was a disappointing start for Newbill and Penn State, as they lost at Wisconsin and Rutgers. Newbill showed a lot grit with 29 points at Wisconsin, but he struggled to only 14 points, on 4-of-17 shooting, in a dud at Rutgers.
View 2014-15 stats
Last week: 3

4. Yogi Ferrell, Indiana. Ferrell already has a conference championship ring on his finger when he teamed up with lottery picks Victor Oladipo and Cody Zeller in 2013. Now he is trying to lead this young, sharpshooting group of Hoosiers back to the top. So far so good, as he handed out eight assists in an opening weekend win at Nebraska.
View 2014-15 stats
Last week: 2

5. Rayvonte Rice, Illinois. Rice continues to play well at both ends of the floor, but the Illini have dug themselves a 0-2 hole to start Big Ten play. He averaged 14 points and 9 rebounds in losses to Michigan and Ohio State.
View 2014-15 stats
Last week: 5

6. Sam Dekker, Wisconsin. Dekker hit four 3-pointers in a row in a road win against Northwestern, scoring 16 points and pulling down seven rebounds. In a win against Penn State, he drilled 17 points and pulled down five rebounds.
View 2014-15 stats
Last week: 8

8. D'Angelo Russell, Ohio State. Russell scored 22 flashy points in a must-win over Illinois after going 4-16 from the field in a home loss to Iowa. The Buckeyes play four of their next five on the road, and Russell will have to be outstanding at both ends of the court if Ohio State wants to stay close to Wisconsin.
View 2104-15 stats
Last week: 6

9. Melo Trimble, Maryland. Welcome to the Big Ten, Maryland! Trimble has been the consistent leader of the deep and talented Terrapins. Maryland has the best two wins of the early season, defeating Michigan State on the road and Minnesota at home.
View 2014-15 stats
Last week: NR