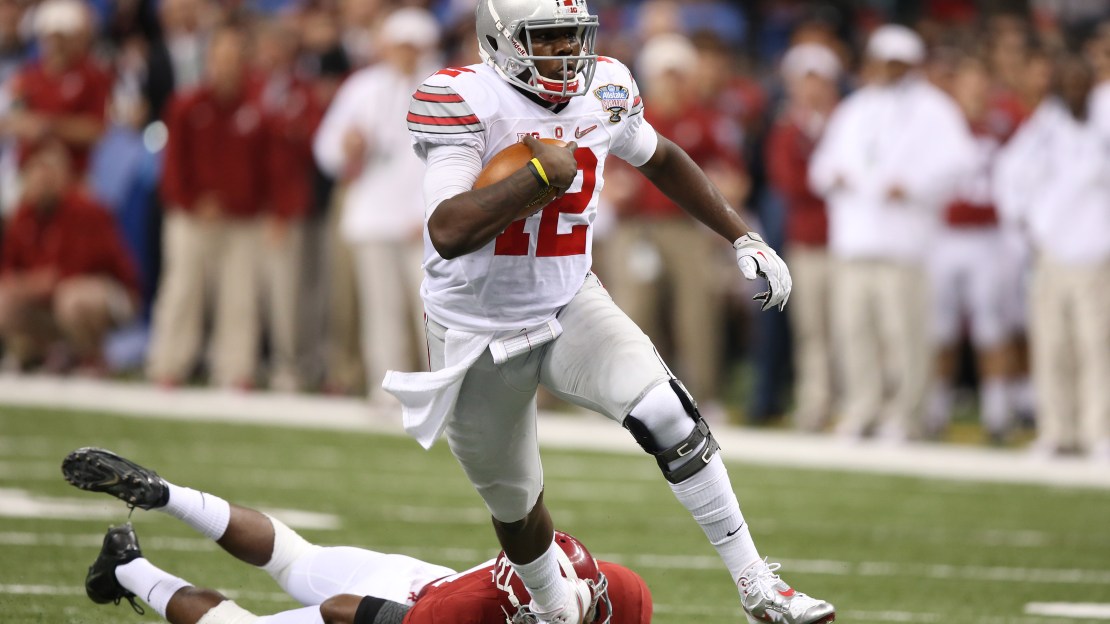 Emotional Week, National Championship Game on Top of Finding Out My Uncle Has Less Than Two Weeks To Live

Cardale Jones has had plenty of motivation in his first two career starts.

In the Big Ten title game vs. Wisconsin, one week after J.T. Barrett suffered a season-ending broken ankle, it was that Ohio State stood no chance with its third-string quarterback.

Not the case. Jones was close to perfect in his first start, completing 12-of-17 passes for 257 yards and three touchdowns, all to Devin Smith, en route to winning Big Ten title game MVP.

Then, vs. Alabama in the national semifinal, all the talk was about how Jones stood no chance against a Nick Saban-led defense that had three-plus weeks to prepare for an inexperienced quarterback.

Jones did just fine, thank you, totaling 286 yards in helping the Buckeyes take down the No. 1 team.

Now, before Jones and Ohio State face No. 2 Oregon in the national title game January 12, the quarterback has a far more serious and important motivating factor.

Jones sent out the sad tweet above Saturday night. You can bet the Buckeye will be playing for his uncle and dedicating the game to him.