Twitter: Buckeyes react to national semifinal win over No. 1 Alabama 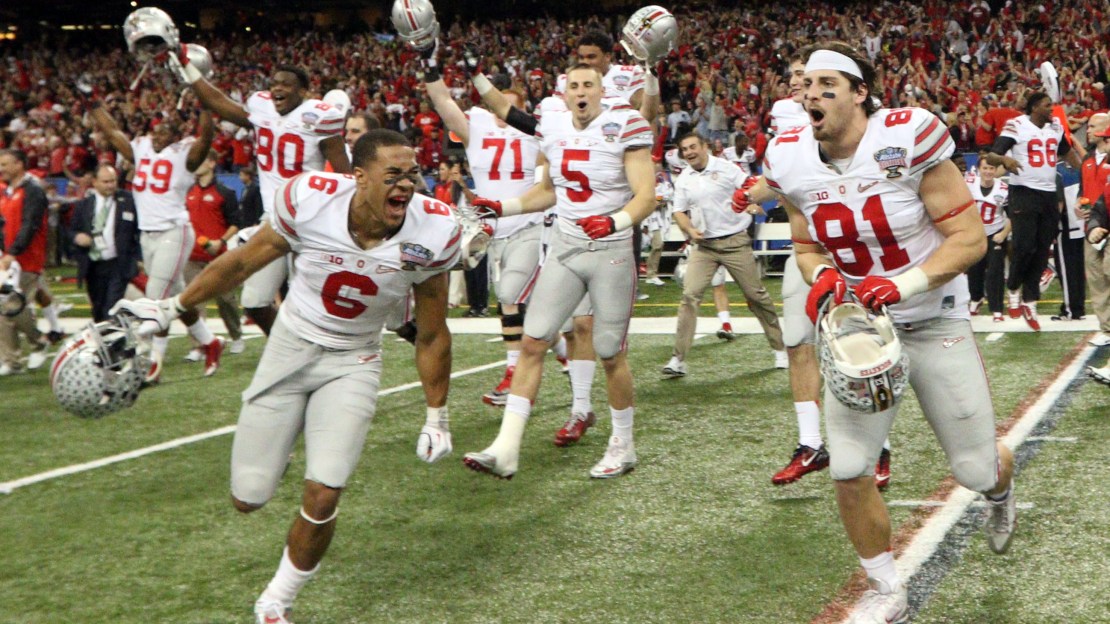 The fourth-seeded Buckeyes took down No. 1 Alabama, 42-35, in the Sugar Bowl on Thursday night.

Ohio State will face No. 2 Oregon, which drilled reigning national champ and No. 3 Florida State, in the title game January 12 in Arlington, Texas.

That should be a great game. Before we look ahead to the Ducks, though, let's see how the Ohio State family reacted to the big win over the SEC champ on Twitter.

MANNNN. I love my brothers so much. We did it.

The big bad Buckeyes strike again. Time to spark this cigar….see everyone in Texas! #GoBucksBeatTheDucks

To god be the glory man feels like im dreaming rn!! #LoveMyTeam #OneMore

I love what I do, where I do it, and who I do it with. One step closer to the big prize! #LBs? http://t.co/YywAfarvQt

We did it!!!! #Gobucks pic.twitter.com/0xVvxVKJCf

I'm so proud of my guys!!! #ROLLTEARS

Buckeyes going to the ship this is crazy

Meet me in Texas!!

Go bucks! They are headed to Texas!

Proud to be a Buckeye #GoBucks

Proud to be a Buckeye

Proud of @elflein65 and @TDeck68. Love those guys.

We wondered if this team's roster could stack up with Alabama's. It most definitely can. Ohio State is elite again.

Wow, they did it. What a game. See you in Arlington, Texas. #BucksVsDucks

Don't you wonder: How badly would Ohio State have beaten Alabama with Braxton Miller or J.T. Barrett at quarterback?

The problem for the SEC is the population shift. And academics. And Big Ten Speed. Or something…

Thanks to OhioState beating Bama the Big Ten now has a better record in the bowl (5-4) than the SEC (5-5).

What a coaching job by Urban Meyer. He is in the National Championship Game with his 3rd team QB. Best coaching job ever. Message to all!