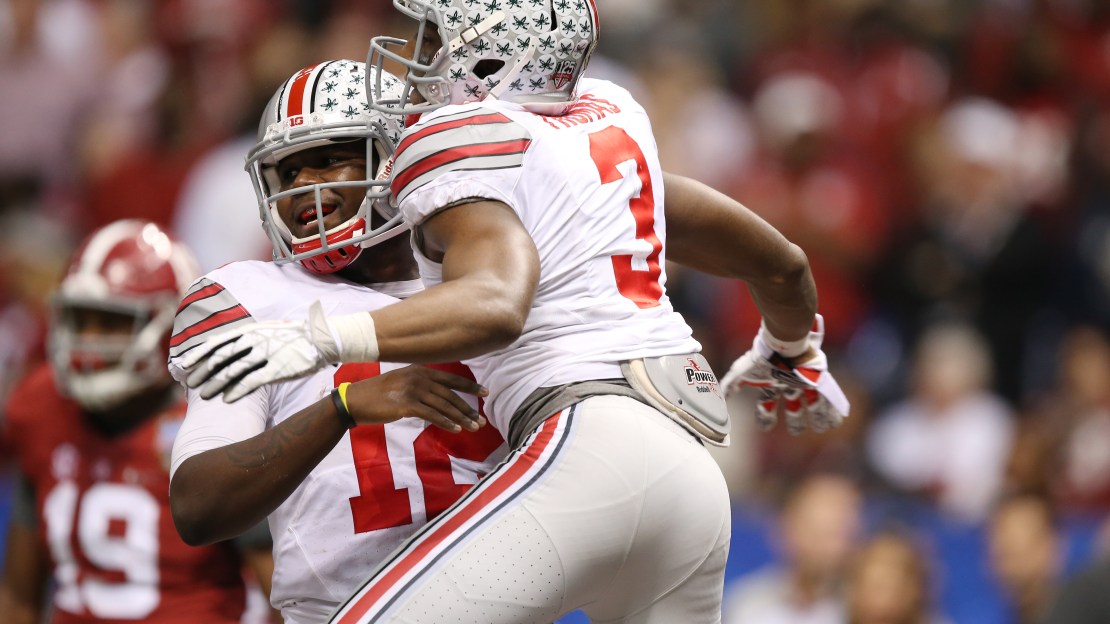 Ohio State's quarterback play has been one of the most popular topics throughout college football this season.

The Buckeyes lost both Braxton Miller and J.T. Barrett to season-ending injuries this season, leaving Cardale Jones as the Buckeyes' starting quarterback. There were plenty of questions surrounding Jones and how the Buckeyes could possibly beat the nation's top ranked team, Alabama, with a third-string quarterback starting under center.

Well, the redshirt sophomore certainly didn't play like a third-string quarterback on Thursday night. Jones threw for 243 yards and a touchdown, while also adding 43 yards on the ground in the Buckeyes' memorable 42-35 victory over Alabama in the Allstate Sugar Bowl.

Earlier this afternoon, Jones had some fun with the fact that he's considered the Buckeyes' "third-string quarterback."

Will the Buckeyes' "third-string" quarterback lead Ohio State to a national title?

We will find out on Jan. 12 when Ohio State and Oregon square off in the first-ever College Football Playoff National Championship.