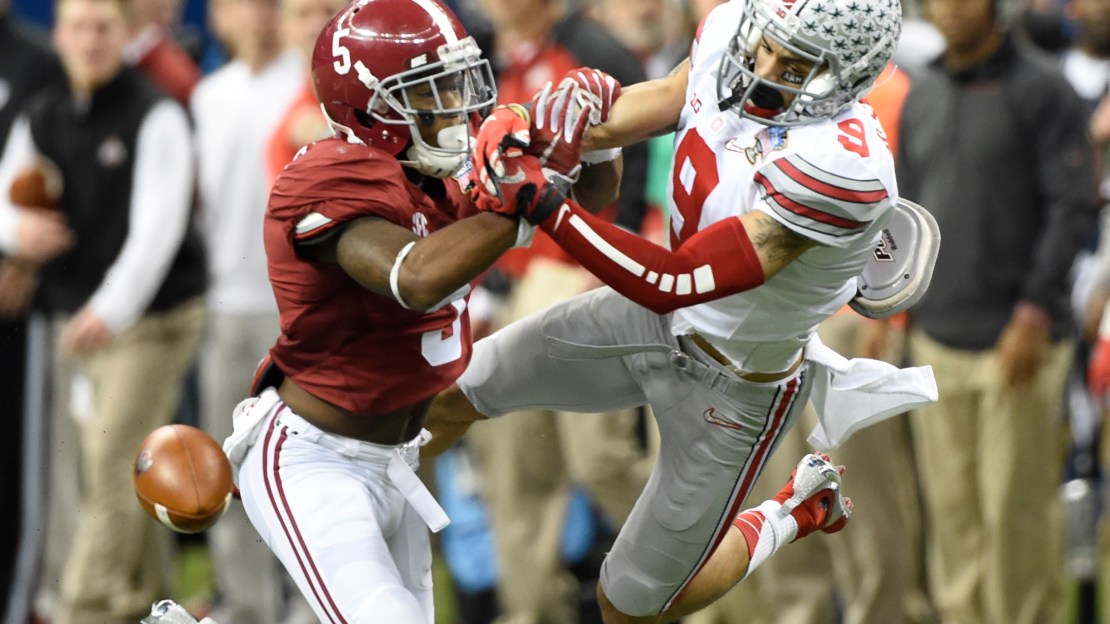 Ohio State shined bright on the biggest stage of the season.

Cardale Jones was outstanding in his second college start and Ezekiel Elliott ran for a Sugar-Bowl record 230 yards on Thursday night, leading the Buckeyes to a 42-35 win over top-ranked Alabama in the Allstate Sugar Bowl.

There were plenty of storylines from Thursday night's memorable game, and with that came plenty of outstanding statistics.

Here is a look at 10 incredible facts and stats from the Buckeyes' Sugar Bowl win.

1. With the victory, Ohio State extends the nation's longest winning streak to 12 games.

2. Ohio State is now 13-1, which is the second highest win total in program history. The Buckeyes will have a chance to match the 2002 Ohio State team, which finished the season with a perfect 14-0 record.

3. Ohio State's win over Alabama marked the first victory for the Buckeyes over a No. 1 team since defeating Miami, Fla. in the 2003 BCS National Championship game.

4. Ohio State rushed for 256 total yards in the win over Alabama. Heading into Thursday night's matchup, Alabama was giving up just 88.7 rushing yards per game.

5. Ezekiel Elliott finished the game with 230 yards on 20 carries. He became the first player for rush for more than 100 yards in a game against Alabama this season.

7. Devin Smith caught his 12th touchdown pass of the season in the game. The Buckeyes are 22-0 over the past four seasons when Smith catches a touchdown pass.

9. Ohio State is now 37-3 (.923) overall under Urban Meyer, the second-highest winning percentage among FBS teams since the start of 2012.

10. With the win, Ohio State advances to play Oregon. The Buckeyes are 8-0 all-time against the Ducks.