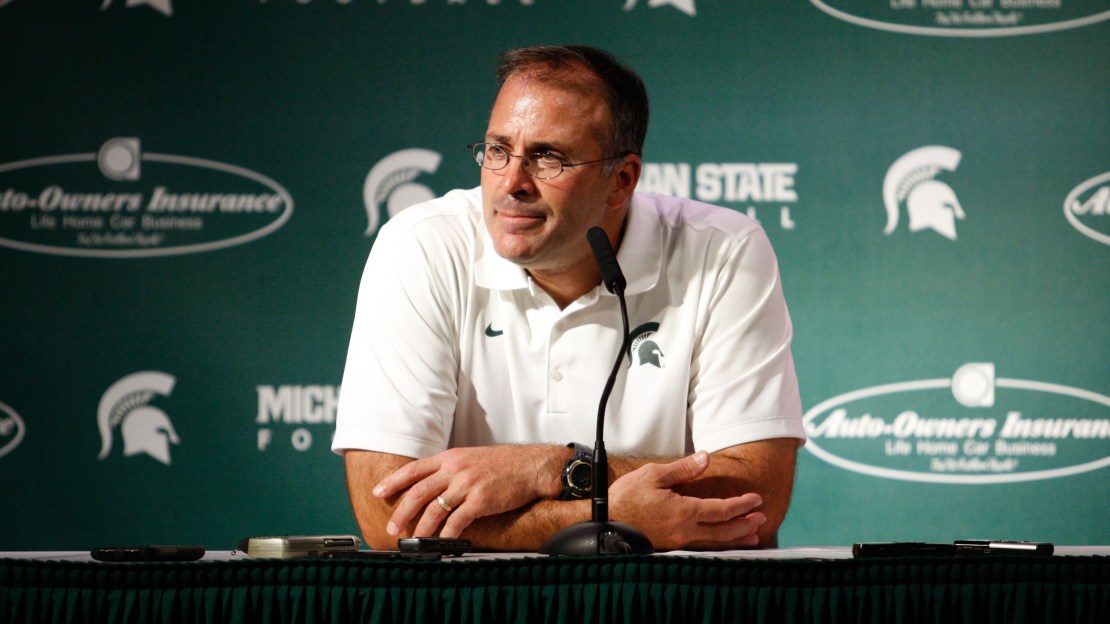 These two did some great things. Best of luck to Coach Narduzzi at Pitt. pic.twitter.com/h71xigFHzY

They say, a picture is worth a thousand words. The USA TODAY Sports photo above is a perfect example of that. Right, Michigan State fans?

That, of course, is Mark Dantonio and defensive coordinator Pat Narduzzi celebrating Michigan State's thrilling 42-41 comeback victory over Baylor in the Cotton Bowl.

What makes the picture so great is how it captures the moment, the raw emotion of the game.

Both coaches are excited, that the Spartans rallied from 20 points down in the final quarter, and both are emotional, partly because it was one of those games that takes it all out of you but also because this was their last game together.

The two coaches had worked together since 2004, when Dantonio hired Narduzzi at Cincinnati.