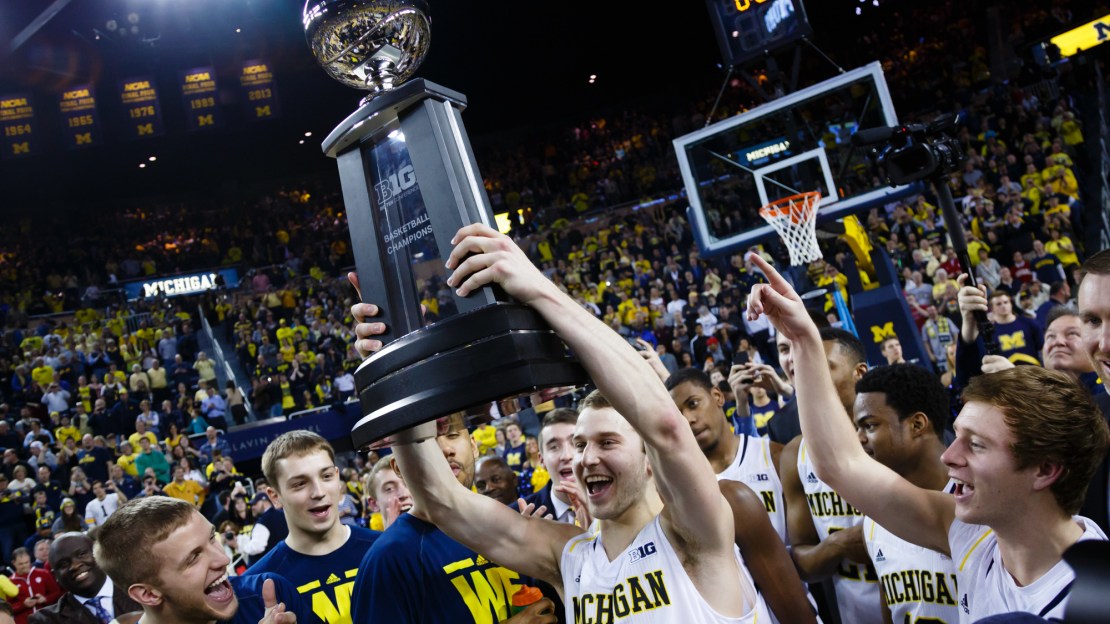 With the New Year just around the corner, it's time to take a look back at the best of Big Ten basketball in 2014.

Best game: There are a lot to choose from. Let?s go with No. 5 Michigan State?s 72-68 win vs. No. 3 Ohio State in East Lansing. Keith Appling made a tiebreaking 3-pointer with 29 seconds left in OT to push MSU by OSU after the Spartans blew a 17-point lead in the second half.

Best player: Michigan?s Nik Stauskas took his game to another level in his final season. Always a deadly shooter, Stauskas became even more effective off the dribble, averaging 17.5 points en route to leading Michigan to its first outright Big Ten crown since 1986 and becoming an NBA lottery pick.

Best team: This one's hard, as Michigan won its first outright Big Ten crown since 1986, Michigan State looked absolutely unbeatable down the stretch en route to winning the Big Ten tourney, and Wisconsin advanced to the Final Four. The Badgers were the last ones standing when it mattered most, and that gives Bo Ryan's first Final Four team since 2000 the nod.

Best breakout performance: Wisconsin?s Frank Kaminsky set the tone early with a 43-point effort in a non-conference game. He never looked back on his way to earning all-league honors and helping Wisconsin advance to the Final Four.

Best moment: It was a season-long moment really, as the world got to know the moving, touching and inspirational relationship between Michigan State big man Adreian Payne and cancer patient 8-year-old Lacey Holsworth-aka ?Princess Lacey,? who died later in the year.

Best play: Austin Hollins wasn't known for his dunking prior to the 2013-14 season. The Goldnen Gopher guard turned into a highlight machine as a senior, and there may not have been a more impressive highlight than his posterizing dunk of Nigel Hayes.

Best stat line: Adreian Payne tallied a career-high 41 points vs. Delaware in the NCAA tourney on March 20. He hit 10-of-15 shots and 17 of his free throws to go along with eight rebounds.

Best coaching: In just his second season, Nebraska?s Tim Miles took the Cornhuskers to their first NCAA tourney since 1998 after guiding the team to a fourth-place finish in the Big Ten with a 19-13 overall mark a 11-7 conference record.

Best freshman: Indiana?s Noah Vonleh had just-add-water impact, as the 6-10 prodigy averaged 11.3 points and 9.0 boards en route to taking Big Ten Freshman of the Year honors and being a first-round NBA pick.