Twitter: National experts give thoughts on Jim Harbaugh to Michigan 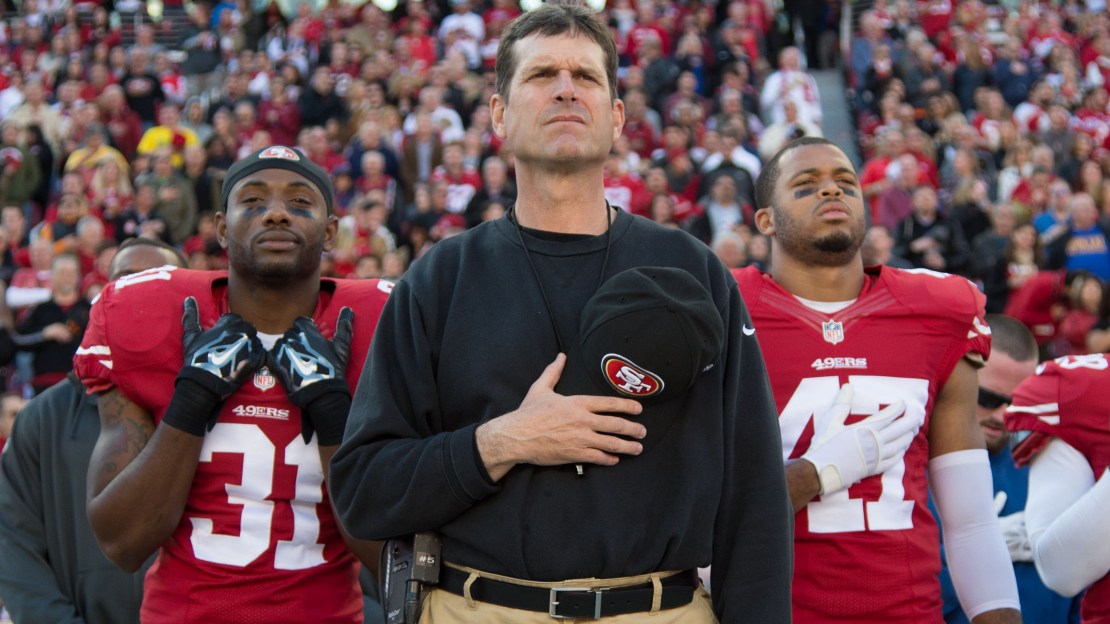 The Jim Harbaugh-to-Michigan reports are gaining steam, this after Bleacher Report, citing two members of the 49ers staff and a third NFL source, broke the news Saturday.

Even tickets to the Illinois-Michigan men's basketball game Tuesday night at Crisler Center are skyrocketing in anticipation of Harbaugh being in attendance following his introductory press conference.

How likely is the hire? Well, the way people are talking/tweeting about it, it seems like it's all but a formality.

Check out these tweets.

Plan is for Jim Harbaugh to be at #Michigan home basketball game Tuesday vs Illinois.

I don't know if there will ever be 10 Year Wars in CFB anymore but Meyer-Harbaugh will be awesome for however long it lasts.

Congrats to @umichfootball on a great hire!! B1G just got a lot stronger. Can you imagine the OSU/UM and UM/MSU weeks now?!? Game on!!

I just got off the phone with more sources tonight. It's done. Jim Harbaugh is coming to Michigan – and his friends are flying in Monday.

Jim Harbaugh to Michigan easily ranks with Saban to Alabama and Meyer to Ohio State recently in terms of Mount Rushmore hires.

When will #Michigan know Jim Harbaugh is their coach? When he gets on the university plane? which is now in California ready for him.

Recruits are lining up saying they're planning visits to Michigan at the mention of Jim Harbaugh. #suddenimpact #JimHarbaugh #HeComin

Jim Harbaugh is expected to be on the #49ers sideline on Sunday for his final game before going to Michigan. http://t.co/zNYwxpJb9y

Masterful job by interim AD Jim Hackett landing THE homerun hire for Michigan. Think about where program was on Halloween.

In honor of the man himself: Jim Harbaugh, Maize Rage will be hosting a "Khaki out" for the game on Tuesday. Wear your khakis and GO BLUE!