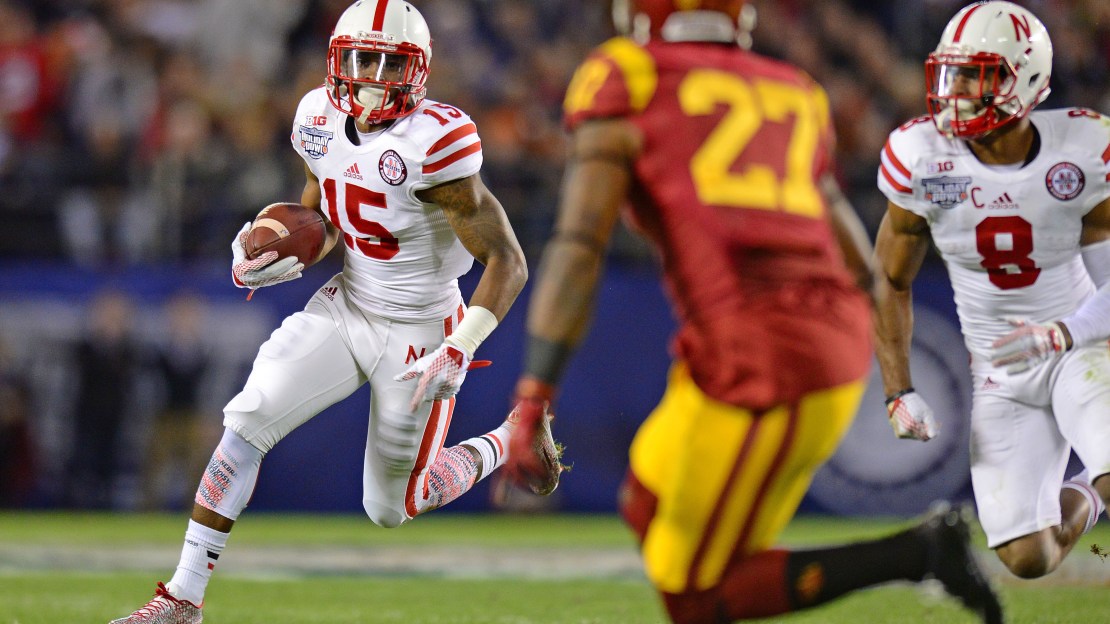 Nebraska?s season-ending swoon continued, as the loss to USC was the Cornhuskers? third in the last four games. And the lone win in that span required a comeback effort to score an overtime triumph at Iowa in the regular-season finale.

The Trojans were the fourth ranked team Nebraska played this year; and it lost all four as this was the seventh season in a row that the Huskers lost four games.

Still, this was a fun, high-scoring Holiday Bowl that was reminiscent of some of the past shootouts in this event.

Best play: Nebraska trailed, 7-3, in the first quarter. That?s when Tommy Armstrong hit Kenny Bell for an 18-yard scoring grab. It was an impressive grab for the guy known as ?Afro Thunder,? helping Nebraska build a lead that would grow to 17-10 by the end of the opening quarter.

Best player: Tommy Armstrong. The Husker signal-caller played one of his better games of the season, completing 30-of-48 passes for a season-high 369 yards with three touchdowns and a pick. He also had a stellar 15-yard TD run in the fourth quarter after which Armstrong hit a two-point conversion pass that cut the lead to 45-42.

Best moment: Watching RB Ameer Abdullah run for a 20-yard TD in the third quarter. It was good to see the senior score in his final game as a Husker. Still, he was contained most of the night, running 27 times for 89 yards (3.3 ypc) with six catches.

Ameer Abdullah breaks one for a 20 yd score then Javorious Allen takes a 44 yd TD for himself. 38-24 USC http://t.co/voO3VYrGQv #HolidayBowl

Best stat: 1,030, the combined yards for both teams. And 690 of those came through the air. This conjured memories of some past Holiday Bowl shootouts. This was a truly fun game to watch.

Offense: A. The unit ranked No. 3 in the Big Ten in scoring (37.4 ppg) and No. 4 overall (446.2 ypg) entering the game. And coordinator Tim Beck?s crew lived up to its hype with 42 points and 515 yards. The Huskers did this despite playing with a line that had been shuffled because of attrition.

Defense: D. The unit?s struggles continued vs. a talented and balanced USC attack. The Trojans ran for 194 yards and passed for 321 en route to totaling 515 yards. No doubt, Nebraska missed LBs David Santos and Trevor Roach, who were out.

Special teams: C. These had been good all season for Nebraska. They were OK tonight, as kicker Drew Brown hit both of his field-goal attempts. There also was a blocked punt in the third quarter. But Nebraska allowed a 98-yard kickoff return for a TD in the first quarter that was the difference in the game.

It was over when: Trailing 45-42 with less than three minutes to play and the ball on the USC 31-yard line, Nebraska eschewed a 48-yard field-goal attempt and went for it on fourth-and-3. Alas, De?Mornay Pierson-El was stopped after a one-yard run. The Trojans took over on downs with 2:31 left and drained most of the clock.

A look toward 2015: The Cornhuskers turn the page with the beginning of the Mike Riley era. How will the personnel react? There are myriad questions for a program still looking for its first conference title since 1999. Riley will have some talent to work with, including QB Tommy Armstrong, WR De?Mornay Pierson-El and T Alex Lewis on offense. The defense will return LBs Josh Banderas and David Santos, along with Vincent Valentine and Maliek Collins up front and Daniel Davie and Nate Gerry in the back end. And maybe DE Randy Gregory will be back. Maybe?