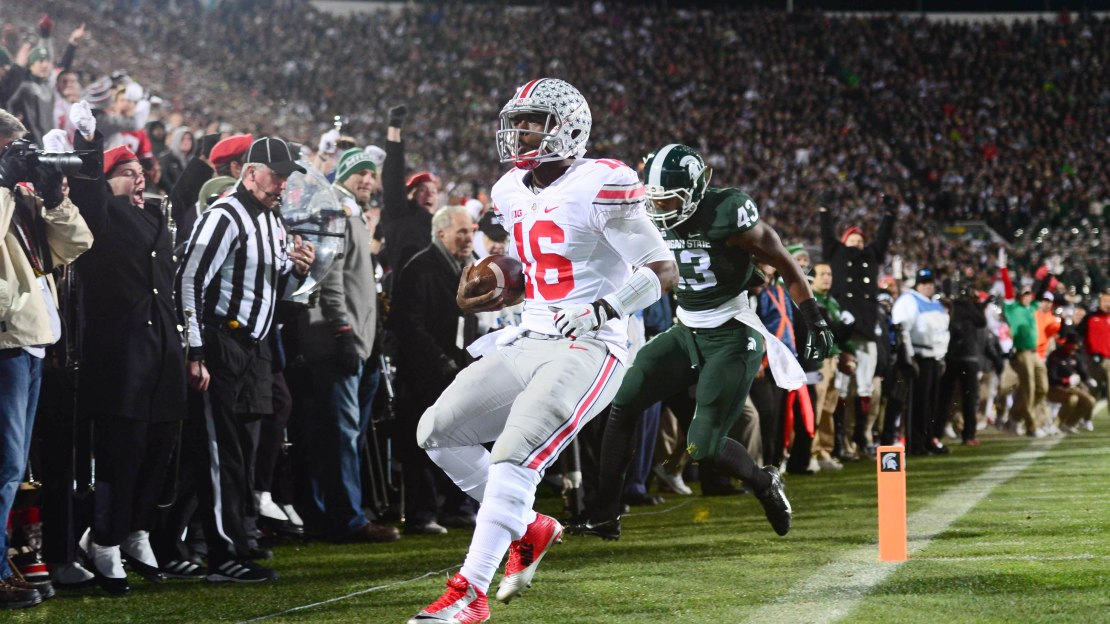 With the New Year approaching, I wanted to share my top freshmen of 2014.

1. J.T. Barrett, Ohio State. After Braxton Miller suffered a season-ending shoulder injury in August, Barrett took over and went on to rewrite the Ohio State and Big Ten record books on his way to leading the Buckeyes to the Big Ten East title and earning All-Big Ten first-team honors. The redshirt freshman, who saw his season end with a broken ankle in the season finale vs. Michigan, had a season for the ages.

2. Noah Vonleh, Indiana. He made a big splash as a true freshman, as the 6-10 prodigy averaged 11.3 points and a Big Ten-leading 9.0 boards for the Hoosiers before turning pro and being the ninth pick in the 2014 NBA draft by Charlotte.

3. Nigel Hayes, Wisconsin. The 6-8 Hayes was a key player for the Badgers during their run to the Final Four last season as a true freshman. The burly Hayes averaged 9.8 points during conference play en route to earning Big Ten Sixth Man of the Year honors.

4. Mike Dudek, Illinois. An under-recruited player, Dudek emerged as a force by making the second most catches in the Big Ten, nabbing 69 passes for 965 yards and six touchdowns as a true freshman. The future is very bright for the Illini receiver.