Taking a detailed look at the Jim Harbaugh-to-Michigan timeline 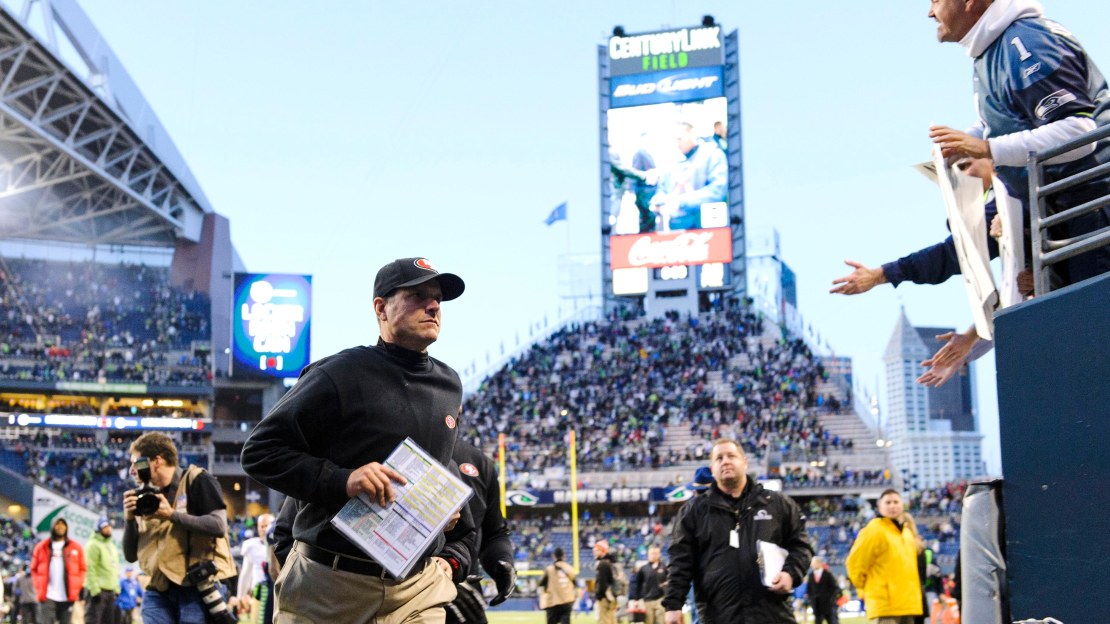 Jim Harbaugh is expected to take the Michigan job, according to Bleacher Report, which cites two members of the 49ers coaching staff and a third NFL source.

Twenty-eight years after finishing his career at Michigan, Harbaugh appears to be returning to his college campus.

Here's a detailed look at Harbaugh's trek back to Michigan, where he was the starting quarterback from 1984-86.

1987-2001 – Harbaugh spends 15 seasons in the NFL, mostly with the Chicago Bears and Indianapolis Colts.

Dec. 17, 2007 – Michigan hires Rich Rodriguez to replace Lloyd Carr. In order to get Rodriguez, the Wolverines pay West Virginia a record $4 million to release him from his contract.

Jan. 3, 2011 – Harbaugh and Heisman Trophy runner-up Andrew Luck lead Stanford to its first bowl victory since 1996 and its first BCS bowl win in a 40-12 rout of Virginia Tech in the Orange Bowl.

January 2012 – Harbaugh wins AP NFL Coach of the Year after turning around the 49ers and leading them to the NFC Championship Game.

Jan. 20, 2013 – Harbaugh and the 49ers beat Atlanta in the NFC title game to advance to Super Bowl XLVII, which it lost to brother John Harbaugh and Baltimore.

Jan. 12, 2014 – Harbaugh and the 49ers take down Carolina to advance to the NFC title game for the third consecutive season. The 49ers lost the following week to eventual Super Bowl champ Seattle.

Sept. 27, 2014 – Quarterback Shane Morris suffers a concussion in loss vs. Minnesota, which went unnoticed by Hoke and the staff who put the signal-caller back in the game.

Oct. 31, 2014 – Brandon resigns in the wake of the mishandling of Morris, the football team's struggles and the attendance issues.

Nov. 30, 2014 – Rumors begin to swirl about San Francisco exploring possible trades involving Harbaugh, who still has one year left on his contract.

Dec. 14, 2014 – San Francisco loses at Seattle to eliminate the 49ers from playoff contention for the first time under Harbaugh.